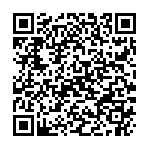 WAKO delegation met HRH Prince Feisal Bin Al Hussein of Jordan, who has just today put himself forward to be a member of the IOC Executive committee. Our President and the Prince discussed the further development of the Zaatari humanitarian refugee camp in Jordan and the importance of its continued success and development under Espen Lund’s direction and management.