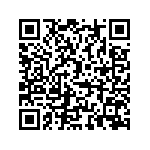 On May 4-5 in the Park of Japan, in the city of Maringá, Brasil, the Paranaense Championship of kickboxing was held, with the presence of more than 250 athletes, 20 teams and 50 cities in the state.

The former UFC champion Maurício Shogun Rua was present at the Paranaense Championship in kickboxing, ring and mat, to support sustainability and social care program through kickboxing sport.

The competition was attended by athletes from the Shogun Institute, a non-profit association that aims social development through sports actions, drug prevention and sustainability. It's mission is to promote the access to the martial arts, as well as environmental education, cultural and prevention activities in communities that are in a situation of social vulnerability, increasing the opportunities for children, adolescents and their families to achieve changes in their life.

Kickboxing is currently the fastest growing contact sport in Brazil. Introduced in the country in the 70's, today is the mode that has been winning most fans in all parts of the national territory. This is the result of a serious and constant work of CBKB - Confederação Brasileira de Kickboxing and its President Mr. Paulo Zorello, which since its foundation in 1993, organized hundreds of events during the year.