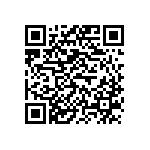 The opening ceremony of the Celio de Barros Athletic Stadium, which is the part of the famous Maracanã Complex in Rio de Janeiro, had a special presentation of Kickboxing sport. On the invitation of Secretary of Sports, Leisure and Youth of the Rio de Janeiro State, the Brazilian Confederation and Kickboxing association of Rio de Janeiro representatives and WAKO PanAm President Paulo Zorello were special guests.

Another kickboxing event has been held in the capital of the country, Brasilia: traditional Paulo Zorello National Cup 2019. The competition has been held in K-1 Rules, with eight state teams participating. On the margins of the Cup, it was signed the agreement between CBKB and Bandsports, about broadcasting the event through official Youtube channel and in an open worldwide public. This is a huge step for WAKO Pan Am concerning expanding the marketing field worldwide.

University of Brasilia and Kickboxing

On the occasion of the National Cup in his honor, the president of CBKB visited the UNB- Federal University of Brasilia, at the invitation of Professor Doctor Alexandre Jackson Chan Vianna, Head of the UNB Olympic Center, who proposed a partnership between the UNB and CBKB.

The partnership will consist of the establishment of a Center for High Income and Fight Research at the University facilities and CBKB will be the partner manager of the project. Besides the training of the sport, from the base to the high performance, will be elaborated agreements and research projects of the sport in various areas of knowledge, when we can use several UNB research department, which will surely be a milestone in the history of Brazilian Kickboxing.