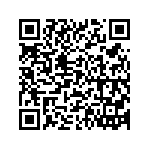 Mr. Janez Kocijančič, president of the European Olympic Committees since November 2017, passed away at the age of 78.

WAKO President Roy Baker has commented with great sorrow this sad news: "EOC President was a great supporter of kickboxing and WAKO. Our deepest sympathy goes out to his family and friends. The world of sport has lost a great ambassador."

In the picture during a meeting held in June 2019 with Mr. Kocijančič and WAKO delegation composed by WAKO President, Istvan Kiraly, WAKO EUROPE Acting president, and Tomaz Barada, Vice President of the Slovenian Olympic Committee.