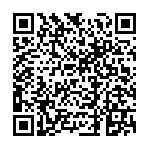 Montreal, 15 September 2020 – The World Anti-Doping Agency’s (WADA’s) Executive Committee (ExCo) held its third meeting of the year on 14-15 September, during which it received updates on WADA’s progress on key priorities and took a number of decisions, including approval of the List of Prohibited Substances and Methods (List) for 2021.

WADA is composed of a 38-member Foundation Board (Board), which is the Agency’s highest policy-making body, and the 12-person ExCo, to which the Board delegates the management and running of the Agency. The Board and ExCo are composed equally of representatives from the Sports Movement, including athletes, and Governments.

The ExCo meeting, which was held virtually due to COVID-19, opened with a moment of silence in memory of former WADA President John Fahey, who passed away on 12 September in Australia at the age of 75. Mr. Fahey served with distinction as President from 2008-13 and will be greatly missed by his colleagues and friends at the Agency.

After the meeting, WADA President and Chair of the ExCo Witold Bańka, said: “I am very encouraged by the level of engagement and solidarity that was expressed by Executive Committee members over the past couple of days. Representatives both from Governments and the Sports Movement were united in emphasizing the importance to continue to strengthen WADA and to support it in the delivery of its mission in the service of athletes.

“Members of the Executive Committee clearly reiterated their support for the current model of equal partnership between the Governments and Sports Movement that has proven to be successful since WADA was formed 21 years ago. In addition, members expressed their acceptance of the nature and timing of the governance reforms that are being implemented, as well as the way forward for additional reforms to be made in the future.

“As we continue to strengthen WADA’s governance, the Executive Committee is showing real leadership in ensuring the Agency is equipped to do its job effectively for clean sport around the world.”

The ExCo received a progress report on the implementation and timing of WADA’s wide-ranging governance reforms, which were approved by the Board in November 2018 and are being introduced according to the agreed schedule.

When the reforms were approved in 2018, the Board indicated that there should be an ongoing review process installed by WADA to monitor the effect of the reforms, as well as to propose additional, appropriate reforms going forward. While the implemented reforms and those in progress are bringing far-reaching improvements to WADA’s governance structure, the ExCo has decided to maintain the forward momentum provided by these changes and has agreed to establish an expert Working Group on the Review of WADA Governance Reforms now in order to ensure WADA continues to evolve in line with international best practice.

The ExCo agreed that the group would be composed of one independent expert as chairperson, two experts nominated from each of the Sports Movement and the Governments, and one athlete. The composition of this Working Group will be finalized in November this year. Also in November, the Board, which has ultimate authority on governance matters, is scheduled in particular to appoint two independent ExCo members and discuss the ongoing development of a WADA Code of Ethics. As further reforms unfold, there will be broad consultation to allow all stakeholders to contribute to the shape of WADA’s governance so as to ensure it remains fit for the future.

The ExCo received an update regarding ongoing discussions between WADA and the U.S. Office of National Drug Control Policy (ONDCP) in relation to the possibility of the ONDCP withdrawing its WADA funding unless the Agency agreed to a number of demands related to WADA governance.

Mr Bańka said: “It is very important that WADA and the U.S. authorities work together to further strengthen anti-doping and again, I state my willingness to be part of constructive discussions in order to ensure collaboration between the U.S. and the global anti-doping community.”

There was overwhelming support among ExCo members to maintain the model of equal partnership between the Sports Movement and Governments and, on that basis, for dialogue between WADA and the U.S to be restored.

The meeting also received an update on the status of the Rodchenkov Anti-Doping Act that is currently before the U.S. Senate for consideration. There remain widely held concerns among other governments, the Sports Movement, and other anti-doping stakeholders over the Act’s extra-territoriality, its negative unintended consequences and the fact that it was amended specifically to exclude the American professional leagues and college sports, which account for more than half a million athletes within the U.S.

The ExCo received an update regarding the state of the global anti-doping program during the ongoing COVID-19 pandemic. As restrictions are being lifted in a growing number of countries around the world, more and more Anti-Doping Organizations (ADOs) are resuming their testing programs, following the guidance provided by WADA and the various government and health authorities.

WADA Director General Olivier Niggli said: “Following the initial global slowdown, anti-doping work has intensified quickly in recent weeks with more than 11,000 samples collected in July and in excess of 13,000 in August. The Anti-Doping Organizations are to be commended for their hard work at this difficult time as they seek to return their global testing programs to full power. As announced on 9 September, we have established a 10-person Strategic Testing Expert Group that is, among other activities, collecting and assessing feedback from ADOs on their testing programs during the COVID-19 pandemic. It is important that we build a global picture so that lessons can be learned from this unprecedented time and the global anti-doping community can respond effectively to similar public health crises should they arise in the future.”

WADA will continue to publish updates regarding its response to COVID-19 as the situation evolves and will formally update the ExCo again at its next meeting in November.

While each Standing Committee Chair reported on the progress achieved in their respective areas of work, WADA’s Athlete Committee Chair, Ben Sandford, outlined the work of the Athlete Representation Working Group – a subset of the Athlete Committee – that is looking at ways to further develop athlete representation at WADA, as well as discussions around the concept of an ombudsperson(s) resource for anti-doping and its project that is delivering a series of informational webinars for athletes.

WADA’s President reported on his initiative to meet regularly with athlete groups, in line with WADA’s new five-year Strategic Plan that places athlete engagement at the heart of the organization’s activities. Since launching the initiative and despite the restrictions imposed by the COVID-19 pandemic, Mr. Bańka has managed to hold productive virtual meetings with hundreds of athletes from various athlete commissions worldwide. A key outcome of the exercise will be to establish how to ensure athlete perspectives can best be represented within WADA and how linkages might be improved between these athlete members and their WADA Athlete Committee colleagues, and ultimately all athletes affected by anti-doping.

The meeting received an update on the current situation with the Russian Anti-Doping Agency (RUSADA), including the recent dismissal of its Director General, Yuriy Ganus. While RUSADA’s appeal of WADA’s assertion of non-compliance and related consequences will be heard by the Court of Arbitration for Sport in early November, WADA is communicating with the authorities in Russia to ensure it has all of the information needed to assess the latest situation. WADA continues to monitor closely RUSADA’s programs and activities, including testing, to ensure its operational independence is maintained, and will continue to provide regular updates to the Agency’s independent Compliance Review Committee.

The ExCo approved the 2021 List, which will be published before 1 October 2020, and which will come into effect on 1 January 2021. Updated annually, the List designates what substances and methods are prohibited both in and out of competition under the World Anti-Doping Code (Code). Following input from the WADA Athlete Committee, the List has undergone a dynamic redesign that has also made it more user-friendly and easier to navigate for athletes.

The ExCo approved funding recommendations for research proposals for WADA’s 2020 call for scientific research grants. A total of 19 projects were selected for funding amounting to USD 2,585,833. Details of these projects will be published on WADA’s website in the coming months once the individual contracts are signed.

The ExCo approved a revised policy for the acceptance of new Signatories to the Code, which will be applied by WADA as per Article 23.1.3 of the revised Code when it comes into effect on 1 January 2021. The revision is intended to enable more organizations that are committed to protecting clean athletes, regardless of their status within the Sports Movement, to become Signatories.

The ExCo approved the Social Science Research Strategy 2020-24, which was developed by WADA in collaboration with the Social Science Research Review Panel and overseen by the Education Committee. The strategy widens the scope of WADA’s social science research activities, moving these beyond a grant program and enhancing the benefits that social science research can bring to the efforts of the anti-doping community to protect clean sport.

WADA will publish the new Social Science Research Strategy 2020-24, as well as the other documents approved by the ExCo and mentioned above, in the coming weeks.