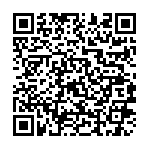 Motreover today WAKO President visited the grave of Mr Janez Kocjančič, former EOC President in Lublijana, Slovenia, along with the executive board members of the European Olympic Committee. The president said, "He was a great man, a huge supporter of our sport in Europe, I was privileged to get to know him over the last three years, he will be missed by all sports people and most importantly his family".
WAKO had to be here today to pay our respects.