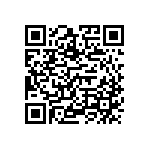 Montreal, 31 March 2021 – In another boost for athletes and others with information on doping misconduct in sport, the World Anti-Doping Agency (WADA) announces that its secure, digital whistleblower platform ‘Speak Up!’ is now available in Spanish, in addition to English and French. ‘Rompe el Silencio!’ is intended for potential Spanish-speaking informants and whistleblowers (confidential sources) to report possible Anti-Doping Rule Violations (ADRVs) under the World Anti-Doping Code (Code), non-compliance violations under the Code, or any act or omission that could undermine the fight against doping in sport. ‘Rompe el silencio!’ – which includes a secure app for iPhone and Android devices – is now available on the App Store and Google Play.

WADA Director, Intelligence and Investigations, Gunter Younger said: “WADA is pleased to launch ‘Rompe el Silencio!’ to cater to Spanish-speaking athletes and other potential informants or whistleblowers who wish to report suspicious activity to WADA. Confidential sources are the lifeblood of investigations. Since the launch of WADA’s ‘Speak Up!’ Program and platform in March 2017, WADA’s Intelligence & Investigations Department has triggered hundreds of cases stemming directly from intelligence received from confidential sources. These cases range from allegations against individual athletes or support personnel, to complex cases involving systemic anti-doping mismanagement, non-compliance and/or corruption.

“The success of the ‘Speak Up!’ Program not only highlights the increasing importance of investigations in delivering justice, but also the vital role of informants and whistleblowers to the global anti-doping system. These individuals, whose identities will never be revealed publicly by WADA, are directly responsible for hundreds of intelligence disclosures that have been actioned by the Agency’s Confidential Information Unit and each have contributed to protecting the integrity of sport worldwide. Before they come forward, confidential sources need to feel comfortable, secure and reassured. One way of ensuring that happens is being able to interact with them in their own language, which is why WADA has now added Spanish, in addition to English and French.”

Anyone who detects, identifies, witnesses, knows or has reasonable grounds to suspect that doping-related misconduct has occurred, is encouraged to ‘Speak Up!’. It is, however, important to note the distinction between an informant and a whistleblower as these statuses do trigger different rights and responsibilities. Any person reporting misconduct to WADA will be considered an informant. The informant may decide not to pursue further cooperation with the Agency once they have provided information. An informant can become a whistleblower if both WADA and the informant agree to cooperate further. In this case, WADA and the informant will enter into a formal whistleblower agreement, which offers additional rights as outlined within WADA’s current Whistleblower Program Policy.

WADA’s Whistleblower Program Policy was first approved by WADA’s Foundation Board in November 2016. It formalizes the legal framework and outlines what the Agency will provide in terms of support, confidentiality, protection, and other elements, as well as, the way to go about raising concerns and how they would be investigated by WADA. It is re-evaluated on a continual basis to ensure that it meets international best practice and appropriately addresses the needs of confidential sources.

For more information about ‘Rompe el Silencio!’ and ‘Speak Up!’, please visit the Speak Up! website, which can be accessed via WADA’s website