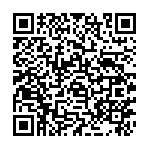 The Athletes’ Commission (AC) of the International Olympic Committee (IOC) today received the full support of the IOC Executive Board (EB) for a set of recommendations in regard to Rule 50 of the Olympic Charter and Athlete Expression at the Olympic Games. Rule 50 provides a framework to protect the neutrality of sport and the Olympic Games.

The recommendations are the result of an extensive qualitative and quantitative consultation process implemented by the IOC AC which started in June 2020 and involved over 3,500 athletes, representing 185 different National Olympic Committees (NOCs) and all 41 Olympic sports, and ensuring fully gender-equal representation. The consultation was supported by the Continental Associations’ Athletes’ Commissions and the World Olympians Association.

A professional research agency (Publicis Sport & Entertainment) was contracted by the IOC to implement the quantitative study. In order to have an independent review of the whole process for the quantitative survey, including auditing the methodology, reviewing the questionnaire and its execution, as well as interpreting the data, the IOC AC engaged with the Swiss Centre of Expertise in the Social Sciences (FORS), an organisation with extensive experience in high-quality academic surveys. The recommendations are also based on feedback from human rights and sports law experts.

The IOC and the IOC Athletes’ Commission are fully supportive of the freedom of expression. This principle is included in the Athletes’ Rights and Responsibilities Declaration. Already in early 2020, the IOC AC had clarified the existing opportunities for athletes to express their views at the Olympic Games, such as during press conferences and interviews, at team meetings as well as on digital or traditional media. The conclusions from the athletes’ consultation which were presented today offer new opportunities on how athletes can express their views at the Olympic Games and are designed to provide even more clarity.

Kirsty Coventry, Chair of the IOC AC, said: “The goal of this wide outreach was to engage with athletes and hear their thoughts on existing and new opportunities to express their views at the Olympic Games as well as outside Games time. We want to amplify the voices of athletes, and find more ways to support the values of the Olympic Games and what sport stands for. This consultation was a very important process for us and is part of the ongoing dialogue with the athlete community. We are delighted that the IOC EB fully supported our proposals.”

1. Increase opportunities for athletes' expression during the Olympic Games

a. At the opening and closing ceremonies

Below is the proposal for changes to the Olympic Oath (which was approved by the IOC EB):

“We promise to take part in these Olympic Games, respecting and abiding by the rules and in the spirit of fair play, inclusion and equality. Together we stand in solidarity and commit ourselves to sport without doping, without cheating, without any form of discrimination. We do this for the honour of our teams, in respect for the Fundamental Principles of Olympism, and to make the world a better place through sport.”

b. In the Olympic Village branding

c. Through the Olympic Truce Mural

Build on the “Stronger Together” campaign with the athlete community to increase awareness of our shared values of Peace, Respect, Solidarity, Inclusion and Equality.

Incorporate messaging around our shared values as part of the digital messages in the competition venues and the sports presentation.

Context: As Olympic athletes, we are passionate about our sports. For each and every one of us, that passion continues into everyday life, where we advocate change on issues of great importance to us and our societies. Athletes should not be silent about the issues they care deeply about.

It should be noted that these causes vary for athletes from different parts of the world, backgrounds and cultures, and different issues are important to them.

The unique nature of the Games enables athletes from all over the world to come together in peace and harmony. By becoming Olympians, and through the platform that the Olympic Games provide, our visibility and reach within society is amplified beyond the 16 days of the Games. We believe that the example we set by competing with the world’s best, while living in harmony in the Olympic Village, is a uniquely positive message to send to an increasingly divided world.

Provide athletes with a platform, including Athlete365, to discuss and highlight topics that are important to them. The expression of views should always be respectful and in line with the Olympic values.

3. Preserve the podium, field of play (FoP) and official ceremonies

This position was also widely expressed in the IOC AC qualitative consultation. The argument the IOC AC heard was the need to ensure that athletes and their special moments are respected, and that the focus of the Olympic Games remains on the celebration of the athletes’ performances, sport and the Olympic values. However, some athlete representatives took a different view, using freedom of expression and freedom of speech as their argument, and felt that this outweighed the other arguments.

The IOC AC took both views into account and consulted human rights and sports law experts. In these discussions it became clear that:

I. While freedom of speech and expression is a universally recognised fundamental human right, it is not absolute. Such a right comes with duties and responsibilities.

II. Freedom of speech and freedom of expression may be restricted under a very limited set of conditions, the assessment of which is delicate and varies depending on the circumstances (hence Recommendations 4, 5 and 6 below).

Listening to ACs as part of the qualitative consultation, the IOC AC is very concerned about the risk of politicisation of the athletes and the risk that athletes may be put under external pressure. It is important to protect athletes from the potential consequences of being placed in a position where they may be forced to take a public position on a particular domestic or international issue, regardless of their beliefs. In such cases, the political neutrality of the Olympic Games is a way to protect athletes from political interference or exploitation. (See the freedom of expression assessment section for details.)

In conclusion, the quantitative and qualitative findings indicate that the majority of athletes want to protect the field of play, official ceremonies and podium.

Provide increased and enhanced information on:

6. Restructure Rule 50 into two rules and increase clarity of Rule 50.2

Among the new possibilities that were proposed in the quantitative survey, the ones most likely to be deemed important to introduce were to hold a moment of solidarity against discrimination during the Opening Ceremony and to have unified messaging around inclusion and solidarity on the field of play. Additionally, the research revealed a clear result whereby unified messaging promoting the Olympic values and Olympic Truce was preferred over individual messaging about a specific cause.

The majority of participating athletes did not think it is appropriate for athletes to express individual views during the Opening Ceremony, on the podium nor on the field of play. The respondents were most likely to believe it appropriate for athletes to demonstrate or express their individual views in the media, in press conferences and in the mixed zones.

The recommendations from the IOC AC are in line with the overall survey results of the NOCs with the highest number of responses in the quantitative survey. The feedback from the qualitative consultation showed similar trends overall.

As part of the qualitative process, written statements were also received from various ACs around the world. Those statements can be consulted on Athlete365.

The full IOC AC Athlete Expression report can be found here along with the survey report from Publicis Sport & Entertainment here.

Currently, in addition to prohibiting commercial installations and advertising signs in Olympic sites, Rule 50 states that: “No kind of demonstration or political, religious or racial propaganda is permitted in any Olympic sites, venues or other areas”. The Rule strives to ensure that the focus at the Olympic Games remains on athletes’ performances, sport, unity and universality.

In 2019, the IOC AC consulted with the global athlete community while drafting Rule 50 Guidelines. They are meant to provide athletes with clarity on existing opportunities to express their views at the Olympic Games and where such expression is not appropriate.

In June 2020, following the publication by the IOC Executive Board of a resolution condemning discrimination in the strongest possible terms, the IOC Athletes’ Commission (AC) was tasked with exploring additional ways of how Olympic athletes could express their support for the principles enshrined in the Olympic Charter, including during the Olympic Games, while respecting the Olympic spirit.