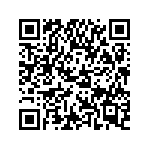 TO ALL WAKO EUROPEAN MEMBERS

By the present we are very pleased of informing you that in occasion of the last Board meeting held on Wednesday 19th of May, the WAKO Europe Board of Directors has approved the bid received from the Kickboxing Federation of Montenegro for the organization of a WAKO European Championship for Older Cadets, Younger Juniors and Older Juniors only in All Disciplines, to be held at Mediteranski Sportski Centar, address: Trg Sunca 1, in Budva, Montenegro, from 5th to 14th November 2021.

The inclusion of the Older Cadets class was proposed by the WAKO Europe Board following the vast majority of positive answers received from the European National Federations through the questionnaire that was sent out by WAKO Europe office few weeks ago. It was also approved in principle by WAKO IF Board of Directors.

As for the WAKO World Championship also the European Championship in Budva will be properly organized following the WAKO Covid-19 Guidelines and national safety protocol that will be put in place to guarantee the safety of all the participants. We retain that November is the ideal period since at that time the vaccination coverage will have reached a largest scale among the people and the countries. We remind you that it is HIGHLY unlikely that spectators will be permitted in to the arena, in any capacity.

As soon as the official invitation is ready containing all necessary details about the event it will be sent out to all the European members and published both on WAKO IF and WAKO Europe websites.

Remaining at disposal for any further information you may need, best regards