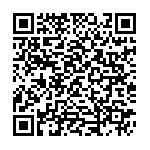 Nadir Allouache, the president of the French Federation of Kickboxing, Muaythai and Associated Disciplines (FFKMDA), was elected on June 29th as a member of the executive board of the National Olympic Committee of France.

On June 29th, the National Olympic Committee of France (CNOSF) gathered in the House of Sports in Paris to elect the president for the mandate 2021-2025. Brigitte Henriques who won with 57,87% of the votes and so, became the first woman to preside the committee, elected her executive board which includes Mr Nadir Allouache, the president of the French Federation of Kickboxing, Muaythai and Associated Disciplines. This election will for sure support the development of our sports in France.
The Olympiad will focus on several axes such as the influence of sport in France, the organisation of the Olympic and Paralympic games of 2024 but also actions to accompany the French federations.

Nadir Allouache is pleased to be part of the committee and is ready to help and support the French sports and athletes.

WAKO President Roy Baker congratulates with FFKMDA President for this imporatnt position wishing success and good work to the entire new elected executive board of the National Olympic Committee of France.