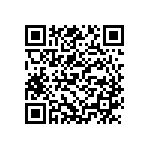 What a year!, it is really the case to say it.
2006 will be remembered as a milestone in the WAKO history.
After 13 years, WAKO has achieved the goal of the GAISF recognition, decided in Seoul on last April 7th, but ratified only on last 17th October in Lausanne. From that date on, there is only one full GAISF member as far as Kickboxing.: WAKO .
We have also incorporated IAKSA (on last 27th September) , one of our competing international kickboxing organizations.
In Croatia we have voted a new Constitution and we have enlarged our Board.
We have better organized the existing ALL ASIAN KICKBOXING FEDERATION which is now the WAKO ASIAN KICKBOXING FEDERATION, leaded by Mr. Alexander Voinov (Kyrgyzstan) and coordinated by Mr. Nasser Nassiri (I.R.IRAN). It was in Damascus (Syria) on last November 2nd.
In Rio de Janeiro we have had a General Assembly of Pan-American countries (9th November). The PAN-AMERICAN KICKBOXING FEDERATION was officially founded and it will be leaded by Mr. Paulo Zorello (Brazil) with the help of Mr. Calvin Thomas (USA) - vice president -.
We were in Kuwait to apply officially for the OCA’s recognition of our WAKO ASIAN KICKBOXING FEDERATION (November 28th).

We were in Doha (Qatar) for the Opening ceremony of the Asian Games and for important meetings with different sport personalities in order to grow our organization in that part of the world.

In the meantime, Mr. Louali Mafoud, with the help of Mr. El Hilali Abdelkrim, has called for the General Assembly of WAKo African countries for the creation of WAKO AFRICAN KICKBOXING FEDERATION. Kickboxing has been officially put into the AFRICAN GAMES, scheduled in Alger in 2007.
We have also decided, as you can see from the letter we are enclosing here with, important and significant changes in the name and in the rules of one of our most popular style: Thai-kickboxing, which will be replaced with K1 STYLE. That choice will eliminate problems with IFMA, which is officially dealing with MUAY THAI and put the bases for a better cooperation between our two organizations.
Said of the political activity, as far as our sport activity we have had 4 big events in a row:
we started about the end of September with the WORLD CADET AND JUNIOR CHAMPIONSHIPS, a huge event which gathered 1025 competitors from the 5 continents and representing 42 countries.
We continued with the first part of our EUROPEAN CHAMPIONSHIPS in Lisbon (Portugal) about the end of October where we had 580 athletes.
We finished our successful EUROPEAN CHAMPIONSHIPS in Skopje (Macedonia) with another massive event : 503 competitors from 32 countries.
In Niteroi (Rio de Janeiro) the PAN-AMERICANS saw the presence of 350 competitors, a new record in their history and I am sure that in the future those figures are going to rapidly change.All in all, I can honestly say it was a very tiring year, but also very rewarding in every sense.