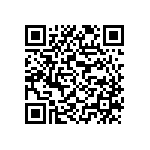 Years ago, when my visits to Croatia were more frequent than now, I was writing an article about WAKO’s European Championships in Trogir, a nice coastal town near Split where I had spent a lot of vacations fishing. I remember the title I gave the article which appeared in Samurai/Banzai: “ In the Land of Giants ” . The reason for that title was that the average height in that part of the world was over 6 feet. I’m far from being short, but there I felt like a midget. Not surprisingly, the favorite sport of Croatians is basketball. In Zadar, the city that hosted WAKO’s cadet and junior world championships from last September 25 to October 1, there is a real shrine of Croatian basketball dedicated to Kresimir Cosic, the first Croatian (it was still part of Jugoslavia until recently) to be inducted into the American Basketball Hall of Fame in Springfield, Massachusetts, the birthplace of the sport. He was 6’11 ” (2.12 cm) tall and all the old timers in Zadar remember him well.
It was right here, in the sports arena bearing his name, that the finals of the sixth edition of the world junior championships were held. Born 12 years ago in Moscow, the event has become colossal, especially regarding the number of participants. In Croatia there were 1025 young athletes gathered, representing 43 countries and 5 continents. If you add family members and fans, there were 1850 people involved in the event. In comparison, for the winter Olympics in Turin we had 2500 athletes, to give you an idea of the proportions.
Right off the bat, I must say that the Croatian Federation, skilfully run by Predrag Znaor and General Secretary Romeo Desa, did an excellent job. They had the misfortune of the new sports arena, which our event was supposed to inaugurate, was not ready in time. So instead of a spacious venue that seats 8000, we had to settle for other structures that were not on the same level, plus a variety of associated problems.

The village chosen to house everyone, and I do mean everyone, was splendid. Just 16 kilometers from Zadar, the “ Zaton Village ” is on the road to Nin. It is a complex of bungalows and campsites that can hold up to 7500 people in a beautiful Mediterranean pine forest on the coast of a peninsula. It includes restaurants of every type, bars, swimming pools; in other words, it’s a first rate tourist complex that reminds one of an Olympic village. Everyone stays together and moves together. In the evening, while strolling around the central streets of the complex, you meet up with others and talk late into the night. It’s an ideal place to socialize with others.
The only problem was that the first two days of competition, which are the most intense and stressful, were held in Benkovac, 35 kilometers from the village. This was because they have a larger building there, with more room than the venue in Zadar. However, the City of Zadar placed 10 busses at our disposal. At 8:30 in the morning they loaded up everyone not having their own cars and took them to Benkovac. The building made available by the mayor for these championships had an insufficient number of places to sit for the number of people present. While there was air conditioning, it was inadequate for 1800 people. For two days everyone was sweating, and not just those on the competition mats. But everyone knew about the problem and was patient and understanding.
Before getting into the more technical aspects, I want to emphasize that these championships will be remembered as a milestone for WAKO because after 18 years, IAKSA, one of our competing international organizations up to a few months ago, officially joined WAKO in Zadar and many of its most important members were there with their athletes.
Zadar, therefore, saw re-unification after the break-up in 1988 when three of my friends, Geert Lemmens, Peter Land and Jeremy Yau, left WAKO due to a falling out with Georg Bruckner, with whom I had made an agreement, and formed IAKSA. This merger, already initialled in Seoul, Korea during the 40th GAISF general assembly last April, will lead to final recognition of WAKO of the part of GAISF, an important international sports organization. Ratification will come on October 17 at the GAISF council meeting in Monte Carlo.

That said, let’s move on to the matches.
What I’m saying may seem obvious because I’m the President of this organization, but I assure you that I was very impressed both by the technical level of these youngsters and their good behaviour. It was amazing to see these 10-12 year-olds move like adults on the tatami, perform rapid-fire kicks like Bill Wallace and display the speed of rockets. It was equally beautiful to see, at the end of 2 rounds, the loser accept his defeat, offer his hand to his opponent and, after the central referee had designated the winner, go the his opponent’s corner and shake the hand of his opponent’s coach.
This indicates that the trainers of these youngsters have been successful in preparing them. Sport, as a metaphor of life, should always be taken as such. We are all there to win a medal and of course I’ll train hard to do so. But if I don’t win, so what? I’ll try again. This is the wonderful part of sport; what really counts is “ how ” you win or lose. Did you show respect for your opponent, for the rules, for the judges’ decision? The important thing is to do your best, perform up to your psychophysical limits. Every match will have a winner and a loser, but when everyone behaves well it’s truly beautiful.
What other feelings did I have about these championships?
That sport, kickboxing in this case, is unifying. In Zadar we had teams from Iraq and Israel (including some Arab team members). If you think about what we see everyday on television, the massacres, the suicide car bombs that cut down hundreds of civilians in Iraq, it’s even more incredible to see these young athletes come from so far away to test themselves in the discipline of kickboxing. It’s surprising to me, almost unimaginable.


If it’s true that the microcosm always represents the macrocosm (assuming these championships were a microcosm), I must say that the results confirm what we had already seen at Szeged and Agadir during the last two senior world championships: that the Russians are incredibly strong, both seniors and juniors; that in Europe the Hungarians are currently the ones to beat in light contact and are fast becoming dangerous in semi; that the technical level is constantly improving among the youngsters to the point where some of them are already better than their senior colleagues.
It’s virtually impossible to follow all the athletes in the bedlam of world championships. There are too many fighters, too many combat areas, too many problems to solve and many memories and feelings that will soon fade.
However, two things made a lasting impression on me: the technical ability, determination and spectacle of a group of Hungarians from Istvan Kiraly’s school, and the undertaking of a young Italian, Andrea Punzio, a pupil of Riccardo Wagner of Catania, who won the gold medal in a category, 63 kg full contact, that is always one of the most crowded and difficult.


Istvan Kiraly says the secret of the success of his fighters is the amount and quality of work they are burdened with. In Italy, a kickboxing course usually involves two one-hour training sessions a week. Kiraly has 3-hour lessons, with 50 minutes dedicated to stretching. Therefore, his athletes have incredible kicking technique; they are fast and have great timing. They’re very hard to beat. Try it and you’ll see.
Andrea Punzio, in a category of 12 fighters, had tough matches from the beginning, starting with Ukraine’s Oleksandr Oltyan. Then he got the best of Bosnia’s Ervin Majetic in the quarterfinals before meeting Russia’s Ratmir Khalimov. In the finals, his masterpiece, he went up against another Russian (it was possible to enter 2 fighters in each weight category), Andrei Smirnov. Like all the Russians, Smirnov was stockier than our boys, was more powerful and in possession of superior boxing skills. But Ponzio was certainly more cunning and intelligent. He avoided standing toe-to-toe to exchange punches. He moved in and out with nice combinations, never stood still and, most important, he always initiated the action. Feisty and determined, everyone liked him enormously. Congratulations to him and his coach for a wonderful tournament.
I hope the many other formidable Italians won’t feel slighted, but I think Andrea achieved an extraordinary feat.
We had 62 Italians in competition, who, together with the technicians, referees and family members, filled two grand touring busses with a total delegation of 120 people, the fourth largest in size after Croatia, Russia and England.
Guided by Roberto Montuoro in semi-contact (and joined by senior coach Gianfranco Rizzi), Giorgio Perreca in the ring disciplines and Alberto Leonardi in musical forms, Italy won a total of 5 gold medals, 9 silvers and 11 bronzes.
If we were looking for confirmation of the healthy condition of our disciplines, we certainly got it. I believe that kickboxing can already be considered one of the fastest growing sports in the world.