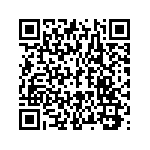 AFRICAN GAMES: THE WINNERS OF THE FIRST EVER FULL CONTACT TOURNAMENT

To see the other medallists, please go to COJA's web site clicking on the button at the bottom of the home page of this web site.