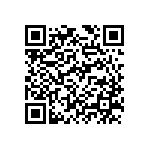 MR. NASSER NASSIRI WAS INVITED TO THE CERMONY OF INAUGURATION

The opening ceremony was under the patronage of H.H. the Amir of State of Kuwait Sheikh Sabah Al-Ahmad l-Jaber Al-Sabah. Mr. Jacque Rogge, President of International Olympic Committee, attended the ceremony and during his discourse in occasion of the ceremony confirmed the IOC full support to OCA activities in Asia. The IOC President thanked OCA and his president of all their efforts for development of sport in Asia.

More than 1000 special guests were present , including World sport leaders, Presidents of National Olympic Committee, IOC members, many Asian countries sport authorities and ministers. We had the honor to have one of our WAKO national Presidents and President of WAKO Asian Kickboxing Federation, Mr. Voinov, among special guests. Mr. Voinov was present in the ceremony as Sport Minister of Kyrgyzstan and was representing all Kyrgyzstan sports.

The opening ceremony was followed by the 1st OCA Sport Congress held from 12th to 14th of March 2009 which welcomed sport leaders and scientists across the globe. Of the 250 contributions made, over 120 were selected by the panel and discussed themes about:

The OCA Sport Congress will provide direction for the development of Asian Sports academically and practically with the vision of enabling all Asian sports bodies to be academically and practically competent and with mission of a general scientific framework that enables the OCA to tackle difficulties and shortfalls of the Asian sport and benefit from a rich experienced contributors to diagnose and overcome those difficulties and shortfalls and finally with the objective of:

Mr. Nasser Nassiri, WAKO Vice President and President of WAKO Asian Continental Division, commented that it was a great honor for him to be invited personally by H.H. Sheikh Ahmad Fahad Al-Sabah Sheikh Ahmad Fahad Al-Sabah to attend the opening of the OCA Headquarters and participate to 1st OCA Sport Congress. Mr. Nassiri added that, it was an unforgettable and emotional ceremony followed by an encouraging initiative of OCA organizing such a fruitful Sport Congress.

On behalf of all WAKO members and in particular of WAKO Asia members, we thank OCA President and its management for all their efforts to support sports in ASIA.