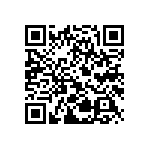 Vietnam, a developing country, for the first time hosted:

The Olympic Council of Asia, the organization of Sheik Al-Sabah of Kuwait which coordinates 43 Olympic Committees, has the task of promoting sports in Asia. Their Kickboxing tournament enjoyed remarkable success.

“ For a rising Asia ” says the motto of the OCA (Olympic Council of Asia), the organization of Prince Al-Sabah of Kuwait, and I don’t think there is a better way to describe today’s Vietnam, the country that recently hosted the third edition of the Asian Indoor Games (the previous time WAKO was the organizer at Macao, China, in 2007).

“ Raising ” means something or someone that is “ lifting itself up ” . Many of us followed the situation when we were students, from the times of the Indochina war against the French and later the war against the United States under President John F. Kennedy and then Lyndon Johnson (1963-1968) and Richard Nixon until 1975. I believe this country is picking itself up from its recent history of internal and external wars.

Think of the damage done to a country by being divided in two for more than 20 years (somewhat like Germany was and Korea still is), looted, plundered and impoverished by decades of war that drained all the economic and human resources. Think of the hundreds of thousands of dead, of the young people who should have become the pillars of Vietnamese society, blown away, canceled from the face of the earth along with all their potential, and you will have an idea of the catastrophic socio-economic situation in which the country found itself at the end of the war with the United States, the world’s greatest power. But the Vietnamese, as they have abundantly demonstrated, are a proud and determined people. After re-unification, from the geographic point of view, they needed decades to re-unify in every sense. The Vietnam of today, at least as seen by a hurried visitor like me, who had never been there before, is a country undergoing rapid economic development. Obviously, if compared to Thailand, which is right next door but has never been conquered by a foreign country, the comparison is negative, but Vietnam, while behind in its development, is certainly on the right road.

You can see construction sites everywhere you look. Run-down neighborhoods are being demolished to make room for grandiose modern structures. You can bet that within a few years Saigon, or Ho Chi Min City as it is now called, will be similar to other modern capitals with skyscrapers of glass and steel, the principal characteristic of all large cities. And with 8 million people it certainly is a large city. I am also sure that in a few years the swarm of motorbikes, that buzz around the city with absolutely no respect for any universal rules of the road, will give way to shiny automobiles, making traffic even more impossible than it is today.

Having had relations with foreigners in the past has made the Vietnamese a population of kind and very cordial people. Wherever you go, you are greeted with a smile and extreme courtesy, also because the tourist is synonymous with money for every type of local commerce, and that helps. All in all, I had a positive impression of today’s Vietnam and in the future I hope to return with more time to spend for a more in-depth visit.

At any rate, it was here that the OCA wanted to hold the third edition of the Asian Indoor Games which saw Vietnam pulling out all the stops to make a good impression. These games represented by far the most important sports event ever held in the history of the country. It consisted of organizing tournaments in 20 sports (some, like Kurash or Pencak Silat, unknown outside of Asia) with 37 Olympic Committees involved and 2000 athletes competing in activities in the major cities, Hanoi, Ho Chi Min City and DaNang in particular.

Kickboxing, which presented a tournament only in semi-contact and low-kick, in 5 different weight divisions between men and women, brought to Vietnam 70 athletes representing 10 Asian nations: Jordan, India, Iraq, Iran, Kazakhstan, Kuwait, Mongolia, Thailand, Uzbekistan and Vietnam. There certainly would have been more were it not for the economic crisis, which is rampant in that part of the world as well, forcing athletes from the Philippines, Malaysia, Sri Lanka and Nepal to stay at home. Others, like Syria, Hong Kong and Korea evidently still lack competitive fighters at certain levels.

I was pleasantly surprised by both Thailand (the Thai Kickboxing Association is run by the same Santipharp who also heads the Asian Federation of Muay Thai) and by Vietnam which had made its OCA debut in kickboxing in August at the first (and last) Martial Arts Games held in Bangkok. From now on they will be officially included in the Asian Indoor Games.

It was almost incredible to see Thai athletes like Direk Thongnoon testing himself in semi-contact and winning in the 63Kg class! Likewise, how nice it was to see the Vietnamese fighters at work for the first time in low-kick. In addition to showing remarkable fighting spirit and a good technical level, they managed a victory with a woman, Thi Tuyet May Nguyen in the 52 Kg class, who made a very favorable impression on me with her technical ability and the heart she put into her fighting. You could see that she was inspired by a noble cause, like giving everything she had to win a prestigious medal for her country.

However, the most surprising thing was the interest that the kickboxing tournament stirred up in many Asian Olympic Committee leaders, like the president of Thailand’s NOC and his deputy, the powerful general Charouck Arirachakaran, the Iranian Sports Minister, the Princess of Kuwait, who is also the sister of Al-Sabah, the head of the OCA, and obviously the leaders of Vietnamese sports, all hastily gathered to better understand the nature of kickboxing and to cheer on their local fighters and follow them in their matches, for better or for worse.

Nasser Nassiri, one of my vice-presidents as well as coordinator of all WAKO activity in Asia, did a fine job of running the show during the five days of competition. Even though relatively few valid referees and judges were available (aside from the unquestioned competence of Roberto Fragale who received a special invitation as he was the one who got WAKO off the ground in Thailand), Nassiri brought the tournament to a conclusion without mishaps and with a well-balanced distribution of the available medals, showing that kickboxing is by now the patrimony of everyone.