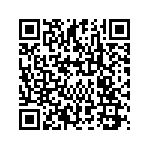 We just got the news that K1 Grand Prix, created by Mr. Kazuoshi Ishii more than 10 years ago, the famous Japanese circuit which have been the dream of hundreds and hundreds of top kickboxing fighters in the world,have stopped its activities. The reasons were different: fromthe fact they were full of debts (in the last two years the best fighters were hardly or not paid at all)to the lack of enough sponsoring support for their future shows.

Immediately after, also “ It’s Show Time ” , another important circuit in the hands of a Dutch Group, cancelled their most important event scheduled in the famous Amsterdam Arena and that for years it had attracted 20.000 spectators. The Golden Glory, one of the most important Dutch gyms &rdash partners of Mr. Ishii in Holland -, also cancelled their super-heavy tournament scheduled in the next few months.

It is logical that in such a bad scenario, the news that Wako-Pro will start soon its World Grand Prix comes at the very right moment to give our kickboxers still hopes for a better future in these moments of international financial crisis.

Belgrade just hosted a meeting where our president Ennio Falsoni met the promoter of the first event of the series, Mr. Borislav Pelevic who took him and their guest, Mr. Eduard Irimia, the most famous Romanian Kicboxing promoter (he has been promoting K1 tournaments for more than 10 years now and he was also a partner of Kazuoshi Ishii), to see the sport venue which will host the team match Serbia Vs. Greece on next March 5th.

The venue is the same which hosted the Wako World Championships in both 2001 and 2007, and so it fits perfectly to our needs being capable of containing 8000 spectators.

But during the meeting,Ennio Falsoni found also an agreement with Mr. Irimia who will join forces with Wako and Wako-Pro. How?

He was named “ Executive Producer ” of the 2011 Wako-Pro World Grand Prix. Thanks to his long experience inTV productions, he will supervise all Wako-Pro events and will take care of the setting of the sport-hall, the lights, the choreography, the TV production creating that uniformity which is a must to reinforce the Wako-Pro brand.

Mr. Irimia will also include only Wako-Pro title fights in his own shows (he has an exclusive TV contract withProTV, the most important Romanian TV company which has links with dozens of different international ones) and will soon try to cooperate with Wako in the ring sports. Mr. Irimia, promoter of a K1 super-heavy tournament called "SuperKombat", will allow any Wako fighter to enter his circuit . He will also be available for all our members wishing to get any kind of supportin the promotional aspects of their activities.

Spain, date and town to be named soon, June

Semi finals and final will follow from Septemberto December 2011.

It is logical that the first ever Wako-Pro World Grand Prix have already created a lot of enthusiasm in all our kickboxing lovers and there are requests from different countries, totry to do the same in at least 4 other continents in order to create a real universal tournament which, thanks to the TV exposure it will create, will generate a larger and larger credibility with all the benefits that means.