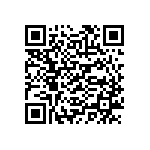 From Friday 3 to Sunday 5 of May 2013 Innsbruck hosted the great Austrian Classics. The event entertained 1,702 starters from a whopping 30 nations. A truly international fighting event.

This year from USA came Team Paul Mitchell and the All-star team. From Europe anybody who is anybody was in attendance.

41 teams registered for the team fights and almost all of them came with their best fighters. This lead to some fantastic fights that set the tone for the whole weekend. In the final, team Kiraly was up against the Allstar team. On this occasion the Allstars were victorious.

With the Young Cadets, Team Debreczeni from Hungary took gold and with the Older Cadets and the Juniors, Italy’s Bestfighter Team were the winners.

In the Form Competitions 65 fighters registered, slightly less than the previous year, but with great fighters starting it made no difference. In K1 and Full-contact the first knockout fights were already decided on Friday.

On Saturday at 9:30am, for the first time ever at the Austrian Classics, all 10 fighting areas were in use to decide who would become Grand champion. Spectators did not have to wait until midnight to see the best of the best fighting it out for the top spot.

In the women’s final the Russian Maria Semenova was up against Hungary’s Nelly Hanicz, with Maria taking victory.

The men’s final included USA’s Jack Felton against Laszlo Gömbos, with Jack taking the much coveted prize in a thrilling showdown.

At 11:30 all Pointfighting classes started on every area. Great new talented fighters of all ages were everywhere to be seen.

In Full Contact and K1 fighters from the eastern block and Northern Europe dominated.

Due to great organization from the Austrian Kickboxing Association the first day ended at 9pm.

On Sunday the Light-contact and Kicklight forms got underway on all 10 fighting areas with complete online scoring. The fights mirrored the Saturday’s thrilling encounters and spectators were given a great final day of fighting, with the mega tournament ending at 3:30pm.

All fighters could return to their countries proud of a great weekend of fighting.