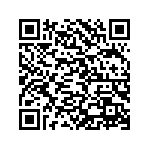 The candidate to be elected must represent an international federation as non-olympic and non IOC recognized sport, but has to be member of GAISF. This group of federations consists of 22 federations

The nominated candidates from the various federations are:

The election takes place during Sportaccord 25 March in

If Mr. Lund will be elected it will be considered as a huge step towards further recognition of our sport. It should be an honour to be a part of such exclusive council, both to learn, contribute and for our sport be in the middle of the power of world sport.