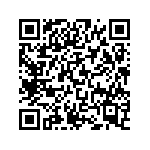 The 1st Asian Martial Arts Games, previously scheduled from 23 to 29 April in Bangkok and then, due to turmoils in the country, had been backed to June, are now rescheduled by OCA (Olympic Council of Asia) to 1-9 August 2009.

Mr. Nasser Nassiri, WAKO Asian activities coordinator, confirmed us the new dates and fpr any further information he is at your disposal..

The programme of the Martial Arts Games stays the same as far as included sports with respective tournaments.

In the picture, Nasser Nassiri with Mrs. Santipharp and Woody who are members of the organizing committee of the Games in Thailand.