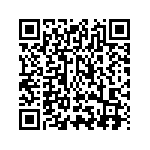 Piraju, famous for the practice of extreme sports and Kickboxing, had a duel between Brazil and Argentina, on March, 26th.

A fulfilled stadium with more than 4.000 persons, a fantastic production broadcasted by Bandsports and Sportv - the two Brazilian major sport channels - have made the National Circuit of Kickboxing an amazing experience for everybody.

In the semi final fight, the Argentinean Jorge Ali Canedo did not give any chances to the Brazilian José Carlos Vicente, winning by unanimous decision. Ali is one of the main kickboxing symbol nowadays in his country. Current champion of the Brazilian World Cup stage, he is now preparing to have a great participation in the Wako World Championship in Macedonia.

The final presented another amazing exhibition of the Brazilian Luciano “ Boinha ” Lopes, who performed a beautiful duel against the porteño Marcelo “ La Maquina ” Mendieta. Boinha imposed his rhythm and won unanimously by points.
The Brazilian expects another great result in his next fight, which is programmed to occur on May, 13th.