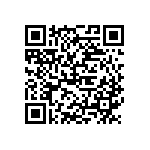 During the World Championships in Kickboxing (Disciplines: K1, Low-Kick, Kick-Light, Ligh-Contact) in Skopje, Macedonia, WAKO experience a new record number of participating athletes. 823 athletes from 54 countries representing 5 continents are present. In total approx 1200 people will be involved.
A new big sporthall in the center of Skopje hosts the championships and the atmosphere is fantastic.

Representatives from the 5 participating continents in WAKO met yesterday the Macedonian Prime Minister Nikola Gruevski who also will attend the opening ceremony at the start of the championships on Wednesday 26th October.


Today the General Assembly was arranged with the presence of presidents and delegates from the participating countries. The newly elected boardof directors for the next four years will be:

Second part of the WAKO World Championships will be in Dublin, Ireland, at the end of November in the disciplines Full-Contact, Semi-Contact and Musical Forms. We expect about 700 athletes here as well.