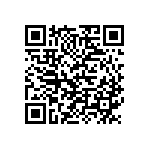 By the present we would like to thank you all for a successful year 2011.
In the last few months we had 3 great International Championships with 1.300 athletes in September in Lignano Sabbiadoro (Italy), 826 competitors in October in Skopje (Macedonia) and 515 athletes in November in Dublin (Ireland).
Moreover,with officials, judges/referees and families we reached the amazing number of 3.500 people involved.
Just for a matter of curiosity we are pleased to inform you that in total 70 different countries from the 5 continents participated to the last three WAKO Championships mentioned above, unfortunately many others &rdash for different reasons &rdash couldn’t get visas or could not attend for financial problems, due to the terrible international crisis we are living in.
However, new challenges are waiting for us in 2012 in order to improve WAKO more and more in all different aspects!
Just to remind you our upcoming main events:

All detailed informationabout the above mentioned WAKO activitywill be available as usual on www.wakoweb.com shortly. So stay tuned!

Wish you everybody a healthy, lucky and prosperous HAPPY NEW YEAR 2012 !
Best regards,