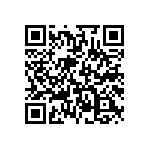 On the occasion of the 2012 SportAccord Convention which was held in beautiful Quebec City (Canada), WAKO leaders Ennio Falsoni, Espen Lund and Richard Leyrer met Mr. Ron Froelich , president of the World Games (second from left in the picture) in order to explore the possibility to have kickboxing included in their program.

Mr. Froelich, who had already met our president Falsoni together with Richard Leyrer last year in Budapest, said that there are good chances for us since Wroclaw (Poland) won the bid to organize the World Games in 2017 and requested, among others, that kickboxing could be one of the demo sport of the programs.

WAKO will have now to focus on which styles to present in Poland in 2017. But as we will have Semi-Contact, Full Contact and K1 Rules in the World Combat Games, it is logical that WAKO will include Light Contact, Low-Kick and Musical Forms in the World Games so to satisfy all exigencies of our members.

In the next few months, our WAKO Board (which will meet in Bratislava in September during the World Cadet/Junior Championships) will decide accordingly.

It's another very good news of the increasing success of WAKO activities in the official programs of different Games under the patronage of IOC.

That's also the reason why WAKO will surely apply again to get the IOC recognition in next November, after the Olympics of London. We already fulfil all IOC criteria to be officially recognized and we truly believe it's the right time to enter the prestigious Olympic family.