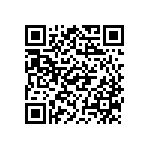 Martial Arts' world offers a fragmented image of itself in most of the cases. But in Mexico, as far as WAKO Kickboxing, the future is going to be brighter.

We are delighted to announce to all our members that the chaotic situation we had in Mexico is definitely cleared since the two existing groups claiming to get the WAKO's recognition by itself decided to join forces, to merge, and to create a new body which will probably be called MEXICAN KICKBOXING FEDERATION and that will officially represent WAKO from now on.

Leaders of the newly appointed WAKO's representation are two men who became famous in different fields: Hugo Lara Garcia was a Wako-Pro world champion and one of the most famour Mexican kickboxers ever. Jorge Leon Laurel comes from Taekwondo but he is running one of the most popular Martial Arts magazine in the country.

Hugo Lara Garcia will take care of all ring sports while Jorge Leon Laurel of all "tatami sports" . Their goal is to unite all kickboxing forces in their country.

WAKO welcome our new friends we will certainly meet in Brazil on the occasion of our Pan-American Championships!