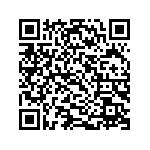 We hadn't seen fighters from Uzbekistan in our Championships since 2010 and now we know why.

Mr. Sardor Tashkhodjaev, former president of the Uzbekistan Kickboxing Federation, has had very serious problems with the Justice of his country and today the Uzbekistan Federation have totally new leaders.

On last 10th May, in Tashkent, they had their General Assembly which unanimously voted for a new Executive Committee and a new president, Mr. Sherzod Tursunakhunov.

WAKO congratulate with all of them and wish all the best in their future kickboxing activity.