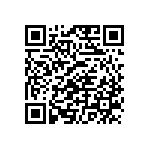 WAKO President Ennio Falsoni has just been back from Bucharest where he was to sign the historical agreement with Mr. Mike Kim, the new CEO and “ patron ” of Japanese K-1 brand.
Such a document is another great success for WAKO since it states clearly that WAKO is the ruling International Federation, the sole governing body for “ amateur ” Kickboxing in the world. Mr. Kim will also support, somehow, financially our organization in the future and, at the same time, WAKO support his brand and events he will organize in our countries.
The synergy we are creating will also grant our best fighters in 4 different weight categories of K-1 (-63, -70,-85 and + 93) also access to his K-1 Max Grand Prix. That agreement comes just before Christmas Time and it’s another great gift for our Organization which is getting stronger and stronger in all Continents, thanks to the hard work of all of you.

In the next few days, from 27th to 30th December, WAKO will complete its Continental Championships in Pune (India) with the promotion of the ASIAN CHAMPIONSHIPS. It will be the last event of a long series we had in 2012.
Again, facts speak by themselves: we are today a global organization and I am sure that for WAKO the best time is yet to come!

WAKO HQ wish a very HAPPY NEW YEAR to all of you and your families and friends!