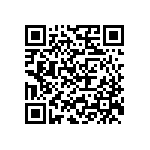 Much to my surprise, I received a mail from Mr. Donatas Simanaitis, president of the World Amateur K-1 Federation, containing a document signed by Mr. Mike Kim in which he clears some ambiguities regarding the relation between WAKO and K-1 (the brand Mr. Kim owns himself).

Mr. Simanaitis in his mail says also that WAKO is using K-1 illegally (which is a serious issue indeed!).

Well, Mr. Kim, solicited for sure by Simanaitis, in the document reminds everybody that WAKO does not represent his brand and that the same has no representatives in the world (see the enclosed document yourself, please). And actually, who ever said that? Who has ever declared that WAKO all of a sudden represents K-1 in the world? Obviously, nobody is so fool to declare such a thing.
The only truth is that between WAKO and Mr. Mike Kim, who is the owner of the brand K-1 in the world, there is only a worldwide cooperation agreement signed in Bucharest in last December 2012. Such an agreement states a mutual support, everywhere it is requested.

WAKO puts at Mr. Kim’ disposal all its national federations in the various countries (120) and in the 5 continents, its structure, its logistic, to make it easier to promote K-1 events. K-1, from its side, is ready to help financially our members and to grant to some of our gold medalists the participation in qualifying K-1 Grand Prix Tournaments.
K-1 recognizes the WAKO is the “sole amateur governing body for Kickboxing in the world”, the WAKO recognizes in the K-1 brand the maximum professional expression of that style. That’s it.

But how such a document was generated then?
Last week I was in Moldova to pay a visit to the National Olympic Committee in Kishinev and to meet our partners there leaded by Mr. Gorea Tudor. Immediately after the friendly meeting, I was interviewed by local TV journalists. One of them asked me what I thought about the World Amateur K-1 Federation of Mr. Simanaitis and I answered immediately saying that was one of the many and minor Kickboxing bodies in the world with no future. Someone reported my speech to Mr. Simanaitis who probably got mad about that.
But you see, I am a very straightforward person, a quality many people don’t like.
And Donatas Simanaitis now doesn’t like me for sure. I am sorry, but I will try to survive just the same.

(In the picture above with vice president of NOC in Moldova, interview below and immediately after the meeting all group together with representatives of Federatia Nationala Oriental Kickboxing)