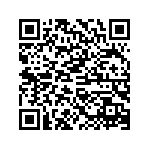 Family members of our President, Ennio Falsoni, report that his health condition has not changed significantly in the recent weeks. While we respect the family’s privacy during this difficult time, there continues to be an outpouring of prayers and support for the Falsoni family and for Ennio’s complete and speedy recovery.

On April 11 2013, the six Vice Presidents of WAKO (Richard Leyrer, Espen Lund, Nasser Nissiri, Horst Prelog, Borislav Pelevic, Werner Sossna ) and invited guests (Ms. Barbara Falsoni and Mr. Roy Baker) met in Munich, Germany, to review the current situation.
In order to ensure the ongoing leadership within the WAKO organization and in accordance with WAKO Statutes, Article 29.2, the Vice Presidents, during this meeting elected Mr. Espen Lund as “Acting Pro Tempore President”. As such he shall preside in this role until the President is able to resume his position and responsibilities. As “Acting Pro Tempore President, Espen, with the support of the Vice Presidents and WAKO Board of Directors, will continue to lead WAKO in all activities to strengthen our position and promote Kickboxing for all members.

At the adjourning Standing Committee Meeting, Barbara Falsoni has been appointed as “Acting Pro Tempore General Secretary” which will be ratified in our next Board of Directors meeting.

We wish Espen and Barbara all the best as they take on their new responsibility and we continue to keep Ennio and the Falsoni family in our thoughts and prayers. Updates on our President’s condition will be provided as they come available.