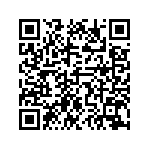 During the last days the three WAKO leaders had a meeting about WAKO and Kickboxing's place in 2017 Combat Games in Lima, Peru, with Multi-Sports Directors, Mr. David Nivelle and Mrs. Lisa Allan.

Mr Kayici and Mr. Lund met with SportAccord President, Mr. Marius Vizer, and discussed the future of WAKO and Kickboxing.

Together with the organizers of 2021 World Games, Birmingham, Alabama.

WAKO leaders got together with The IWGA President, Mr. Jose Perurena, at the IWGA General Assembly. Mr. Perurena congratulated Mr. Kayici for his new position in WAKO.

Mr Kayici informed the president of The Olympic Council of Asia, His Highness Sheikh Al-Sabah, about the situation of Kickboxing and WAKO.