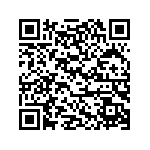 Orange Day calls upon activists, governments and UN partners to mobilize people and highlight issues relevant to preventing and ending violence against women and girls, not only once a year, on 25 November (the International Day for the Elimination of Violence against Women), but every 25th in month.

The 2030 Agenda for Sustainable Development recognizes the need to reduce inequality within and among countries. Although international laws and standards require all states to ensure equal rights, women may be denied equal rights to men in areas such as property and inheritance, nationality, health, education, freedom of movement, and protection from violence. In some countries, women cannot drive, inherit property or give evidence in Court.

Take action to end the violence and to promote gender equality!

• Wear orange on 25 July to show your support for ending violence against women and girls.

• Find out more about the legal framework in your country and whether it adequately prevents, responds to and punishes all forms of violence against women.