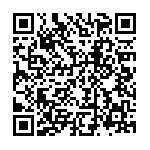 One of the most important meetings during the SportAccord Convention was the one with IWGA The World Games President, Mr. Jose Perurena.
Since Mr. Perurena is also IOC Member, it was the perfect occasion to discuss WAKO Application for IOC recognition.
Very interested in the ongoing process, Mr. Perurena was introduced with third, revised WAKO Application and went through the main documents. He was very pleased how WAKO is structured and organized.
He promised full support for the WAKO in the process of recognition. Recognition of the new IOC members is upon the IOC Sports Department so he promised soon conversation with colleagues from the IOC Sports Department about WAKO.
The second issue at the meeting was The World Games in July in Wroclaw and WAKO participation. He stressed the importance of the participation on The World Games since the IOC recognized IWGA The World Games as a partner and Olympic Channel will broadcast The World Games in Wroclaw. "IOC and other partners are interested in what we are doing and how we develop because they expect us to set the stage for new sports which bring in new audiences and attract young people. If you consider this, we must be open for more diversity and new ideas” stressed Mr. Perurena.