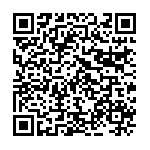 We receive and publish the following statement by Joël Bouzou, Peace and Sport president and founder.

The Pyeong Chang Olympic Games provided a forceful and eloquent illustration: sport can succeed where politics fail. The sight of the two Koreas walking together in a procession transmitted a worldwide message of peace and harmony. In the passage of time, there will be a ‘before’ and ‘after’ Friday 9th February 2018. This image will certainly leave a mark on its era, and we must ensure that it sets a precedent for the future. The mobilization continues. On Friday April 6, the world will celebrate the 5th International Day of Sport for Development and Peace. The sports diplomacy occurrence at the PyeongChang Games brings a unique new angle to the 2018 International Day. The April 6 initiative was originated by the United Nations and has had the IOC’s support from the outset. This day has made a huge mark in the worldwide calendar: not just the sports calendar; the political calendar too.

Peace and Sport has acted to promote April 6 from the start We created an online platform www.april6.org to share ideas and initiatives and in 4 years, more than 2,000 projects from 180 countries have been registered on the site. In 2015 for the second edition, we had the idea of associating the event with an original concept – the #WhiteCard campaign. It began enthusiastically but modestly. Then it gained momentum. So much so that last year it reached nearly 43 million people throughout the world, particularly thanks to the increasing involvement of our Champions for Peace.

This mobilization must not slow down. In the wake of the PyeongChang Winter Games the online #WhiteCard campaign should aim even higher this year. It must transmit the message of peace, integration and solidarity through sport with increasing force and dynamism. It must reach new territories and engage new audiences. Peace and Sport envisages this goal as more international than ever. We are pushing back borders for the 5th edition of April 6.

Indeed, we made advance preparation for the occasion by visiting Cartagena in Colombia with Didier Drogba, the famous football player from the Ivory Coast and Champion for Peace, to kick off the #WhiteCard campaign back on 18 March with the backing of Juan Manuel Santos, President of the Republic of Colombia, and H.S.H Prince Albert II of Monaco. A very prominent launch in a very historical place, symbolic of our determination to make the campaign even more international and have greater global reach.

Other events have similar worldwide ambition: in Guatemala, the National Olympic Committee has initiated a Forum devoted to sport for development and peace. In Jordan, Peace and Sport is organizing a series of sports and cultural activities in Za’ atari refugee camp on Friday April 6 in collaboration with the UN Refugee Agency. The same day in the Indian city of Kolkata in Bengal, high school pupils will unite for the “Together” project, promoting the values of sport and solidarity. In Hiroshima, Japan, the first stop of the International Extreme Sports Festival (FISE) World Series will actively promote the April 6 peace message, whereby champion and amateur participants of all ages, nationalities and religions will hold up a #WhiteCard. The mobilization continues…