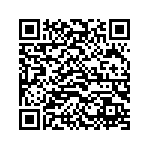 History has been made in Tokyo on the 30th November 2018, when the IOC Executive Board recognised FIAS (Federation Internationale de Sambo), FILx (Federation of International Lacrosse) and WAKO (World Association of Kickboxing Organizations) who were given provisional recognition today. This recognition shows the close cooperation between GAISF, ARISF and AIMS towards the promotion and betterment not only of sport, but also the Olympic values and principles.

AIMS President Stephan Fox who was in Tokyo stated: "2018 saw a total of four AIMS Member Federations recognised, where Ice Stock had already been granted recognition at the prior Executive Board meeting this summer". The AIMS President thanked once again the IOC Sport Department under Kit McConnell. Mr Fox also gave thanks to ARISF and GAISF for evaluating the applications and the IOC Executive Board members led by President Thomas Bach for the trust and belief that these IFs and sports will be a valuable addition to the IOC family. This certainly is a proud moment for all the athletes in these sports which will now stand proud under the five rings promoting Olympic values.

Raffaele Chiulli, First Vice President of GAISF and President of ARISF welcomed the three new members to the ARIFS family, praised their dedication and cooperation among the IOC, GAISF, ARISF and AIMS. Mr Chiulli expressed special thanks to the IOC President Dr. Thomas Bach and the IOC Executive Board, the IOC Sports Director Mr. Kit McConnell and the AIMS President Stephan Fox for the transformation of AIMS, not only into an IOC recognised umbrella body, but also for the credibility brought within the Olympic family.

This news will inspire the remaining AIMS members who are in the process of applying for IOC recognition to continue their development and for the ones who aim for GAISF recognition, to understand the importance of GAISF and AIMS in the sport and Olympic Pyramid.