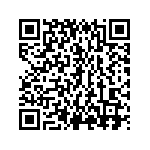 Present were representatives of 51 countries which had the right to vote. From three candidates appointed, Mr. Nasser Nassiri, Iran, pulled out his candidacy the day before the General Assembly and two candidates were left: Mrs. Olga Pavlenko, Ukraine and Mr. Roy Baker, Ireland.

Firstly a short presentation of the two candidates, they introduced themselves and presented the plans for the future. Than the voting could start.

After appointing an electoral and scrutinized commission, the conformity and transparency has been confirmed. Votes were held by secret ballot in a controlled but transparent way: each country was called, they came forward one by one receiving voting card, went to the booth, made the decision, and inserted decision in the ballot urn. The best practice.

The commission counted the votes and it was announced that with 47 votes the new WAKO President is Mr. Roy Baker. Three votes were for the opponent and one void vote.

The new WAKO President Mr. Roy Baker thanked to all members of the Assembly, introducing the short speech about the main ideas and the concept of work he would like to have in the organization:

" Thank you for your confidence in me. I promise I will do everything in my power to help the athletes, the coaches, the national federations, the continental federations .

Trust me, the presidency is a very tough job. I would like to thank the people who listened to me without judgment, who spoke with me without prejudice, who helped me without entitlement and understood me without pretension. We are responsible for the young children in our sport. They are our future.

The sport of kickboxing has been the fundamental shaper of the person I am today, it gives me confidence, resilience and joy. I gave the most of my life to this sport. And I will continue to do so. Thank you very much."

Roy Baker is a former World and European champion of kickboxing, current president of WAKO Ireland and current president of WAKO Europe. Professionally, he is a director of SSE, which is FTSE 20 company with a multi billion turnover. He has the degree in Credit management, degree in IT Integration and Masters in Management. He is A six sigma lean master Black belt. He is now the first Irishman to be a President of a World governing body of a sport recognized by the IOC. He has two children, who are the very center of his life and he never misses the opportunity to stress that.