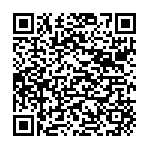 At the 23 June 1894 Pierre de Coubertin, a French educator and historian, has established the International Olympic Committee.
He is considered one of the fathers of the modern Olympic Games.

"Now, 125 years later, we share his legacy and still believe that sport can bring peace and tolerance between people. The Olympic games are the symbol of that hope of all the mankind.

The Olympic athletes are the one who carry on this message. They give to the Olympic games the magic moments," said the IOC President Mr. Thomas Bach in his speech in occasion of opening the doors of the new International Olympic Committee building in Lausanne.

The WAKO President Mr. Roy Baker was invited to be present at the ceremony.

WAKO, as IOC recognized organization, wishes to all its members happy Olympic Day!

Spend the day out, play your sport and keep dreaming of a better world for all people.