14th Challenge for the Best 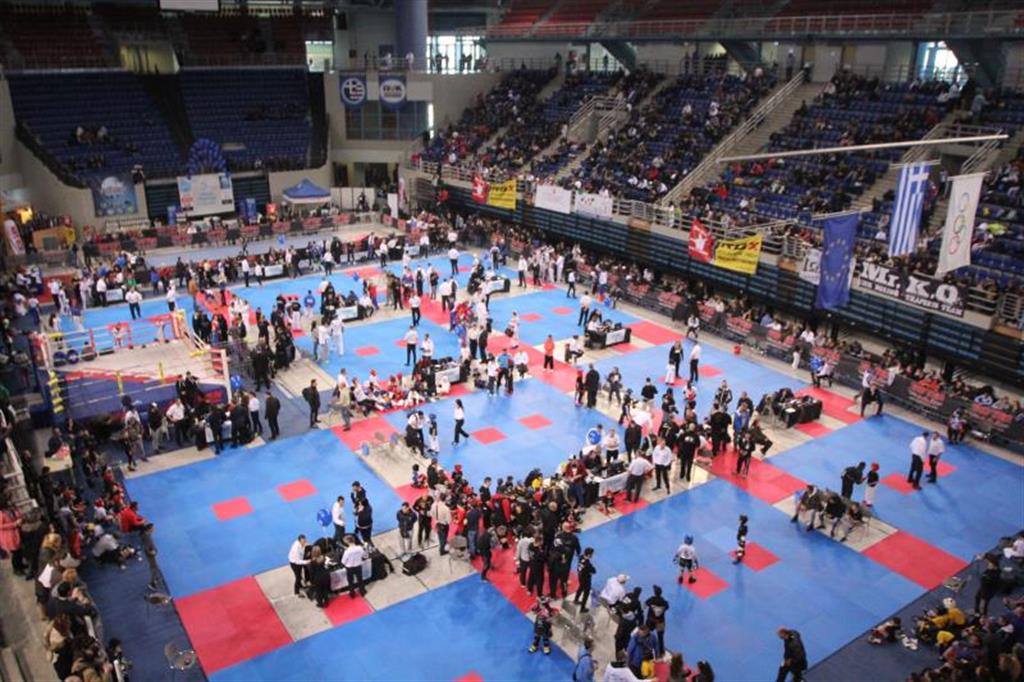 Organized in association with WAKO and the PAN-HELLENIC FEDERATION OF KICKBOXING “POK”, Athens Challenge Tournament is without a doubt the biggest Kickboxing event in Greece.

This edition 2017 brought over 1220 European athletes from 12 countries such as Austria, Belgium, Bulgaria, Germany, Greece, Hungary, Ireland, Italy, Russian Federation, Spain, United Kingdom, Georgia who were competing in 2151 entries. Only Greece had more than 1400 entries. The second in entries was Italy ( 271) and Bulgaria (137).

Over 27 international referees from across Europe travel to Athens each year for the needs of Athens Challenge Tournament where along with 28 Greek referees they guarantee another successful event. The competition was going on 11 tatami areas and on one ring for low kick.

The main sponsor of the 14th Athens Challenge Tournament was VODAFONE and sponsors were Zaros, Dole, Kayak and Loukakos .

The best countries are:

The best five clubs are:

Light contact in the category of that age had 36 entries from 14 clubs. These were the largest categories from all at the tournament.

Among seniors, the largest category was Point fighting seniors male -69kg where we had 18 competitors and the best was Scherbakov Viacheslav from CSKA Moscow, Russia. In Open male, there were 29 competitors in really tough concurrence.

Female open had 20 girls hungry for glory, and the best was Nagy Henrietta from Kiraly Team Hungary.

The finals in Team male seniors was the best performance on the tournament, where two teams: Ikaros from Greece (Adamis, Galanopoulou, Soueref, Zagaris) and Kiraly team from Hungary (Gombos, Jaroszkievicz, Morady, Nagy) demonstrated the battle of titans, with perfect techniques, the speed with much of adrenalin.