15th Balkan Championships and competitions are ON! 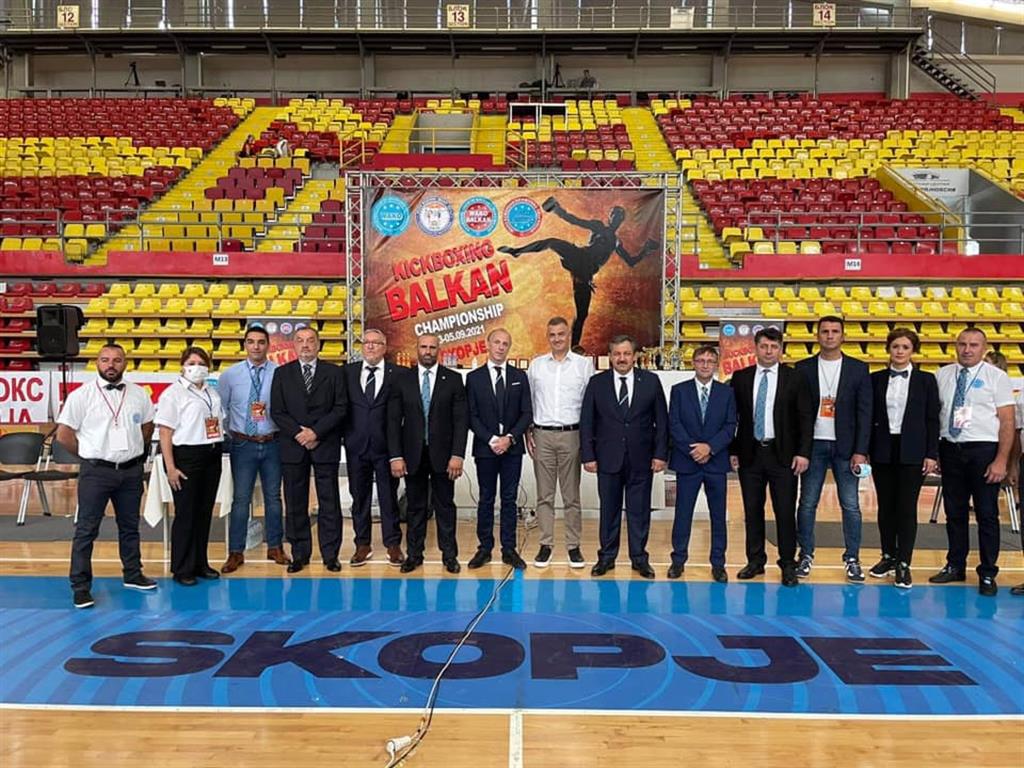 After a long pause in sport activities, Balkan contries have gathered in Skopje, North Macedonia, from 3rd-5th September, to release 15th Balkan Championships 2021.

With the participation of 186 athletes from 6 countries, and excellent performance in the arena, championships can be considered successful.

Table of ranking: the best team was national team Serbia, second is the host country North Macedonia and third is Slovenia.

The President of WAKO Balkan Vladimir Sitar was satisfied with the organization, and was pleased to meet WAKO President Roy Baker, WAKO Europe acting president Istvan Kiraly and WAKO Vice President Salim Kayici during the Championships.

WAKO President Roy Baker with his team (Istvan Kiraly and Salim Kayici) had several meetings with presidents of WAKO members from Balkan, disscussing the actual situation in sport entourage in the world and future participation of WAKO at multi sport events.