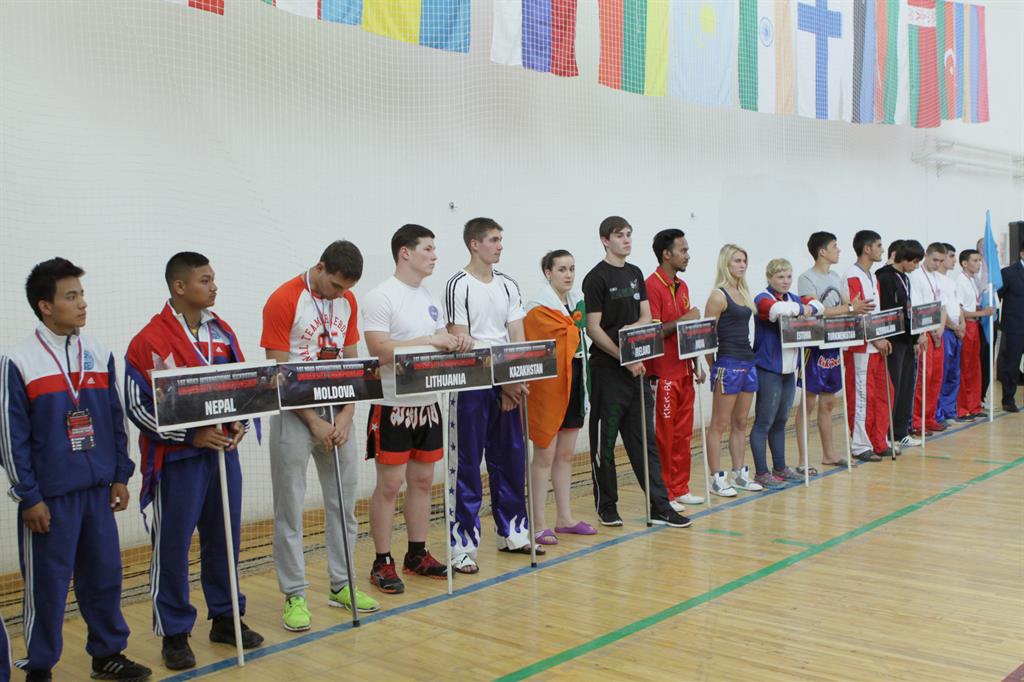 1st International Kickboxing University Championship was succesfully held in Ufa, Russia, from 12th to 16th July 2014 at the the sports center of the Bashkir State Medical University.

164 participants from 14 countries from Nepal to Ireland attended the 1st International Kickboxing University Championship. As for the Russian athletes, the hosting country, the geographical range was wide – in fact athletes competing at the Championship came from the south of Russia (Novorossiysk), as well as athletes from Kamchatka, Murmansk, Pskov, Yakutsk, etc.
Over 20 Russian cities were represented at the Championship.

Following guests of honor attended the opening ceremony of the Championship that was held on July 14th, 2014, at 14:00 pm to support such a significant event in the world of kickboxing:

– Mr. Irek Ishmuhametovich Yalalov (Head of Administration of the City district of Ufa, Republic of Bashkortostan);

-Mr. Aleksandr Pavlovich Nikerin (Director of the Department of Youth, Sports and Tourism of the Government of Republic of Bashkortostan);

– Mr. Dinar Talgatovich Zubairov (Deputy Minister of Youth and Sports of the Republic of Bashkortostan);

The winning team was composed of students coming from Omsk State University.
They were awarded with Cup of the Championship.
According to the Chief Referee of WAKO, Mr. Yuri Laktikov, from Estonia, 1st International Kickboxing University Championship was held at very high level.

Looking forward for next second edition!