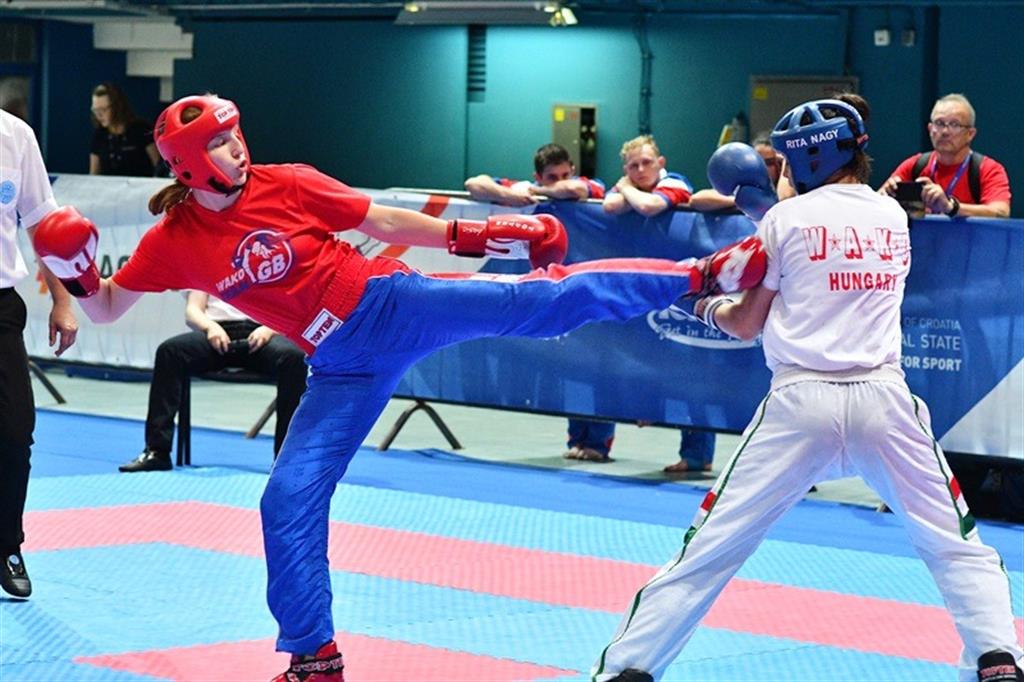 WAKO Europe has concluded one more successful participation at the international sporting event, participating at EUSA (European University Sport Association) Combat Championships. Along with three olympic combat sports: Taekwondo, Judo and Karate, this was the first time that WAKO Kickboxing is participating at multi-sport event as IOC recognized sport.

This was the fantastic opportunity for the local organizer Croatian Kickboxing Federation and their representative Romeo Desa, who is also Technical Director and member of the Organizing Committee in WAKO, to realize relationships with EUSA officials and present our capabilities and good practice in organizing such a big events.

All students athletes with all the officials were accomodated in the student’s campus and these four days we were sport and academic community in one.

Kickboxing was participating in disciplines Point fighting, Light Contact and K-1 Rules with 203 competitors from 104 University from 20 countries. Total numbers were 1300 participants from 404 Universities from Europe, from 36 countries.

The best five countries were:

Opening ceremony was good opportunity for WAKO President Roy Baker and WAKO Europe act. President Istvan Kiraly to meet sport officials from other sports and from EUSA, as well as with the equipment sponsors, when it was agreed all equipment to donate to refugee camps WAKO already has the cooperation with.

As usual, it was Sportdata scoring system in use but for the first time we tested wireless scoring devices which turned out very good.

At the general Technical Meeting before the competition, WAKO had a pleasure to be praised by Besim Aliti, EUSA Sports Manager, who paid tribute to all the work which has been done before and at the competition to have smoothly and successful tournament.