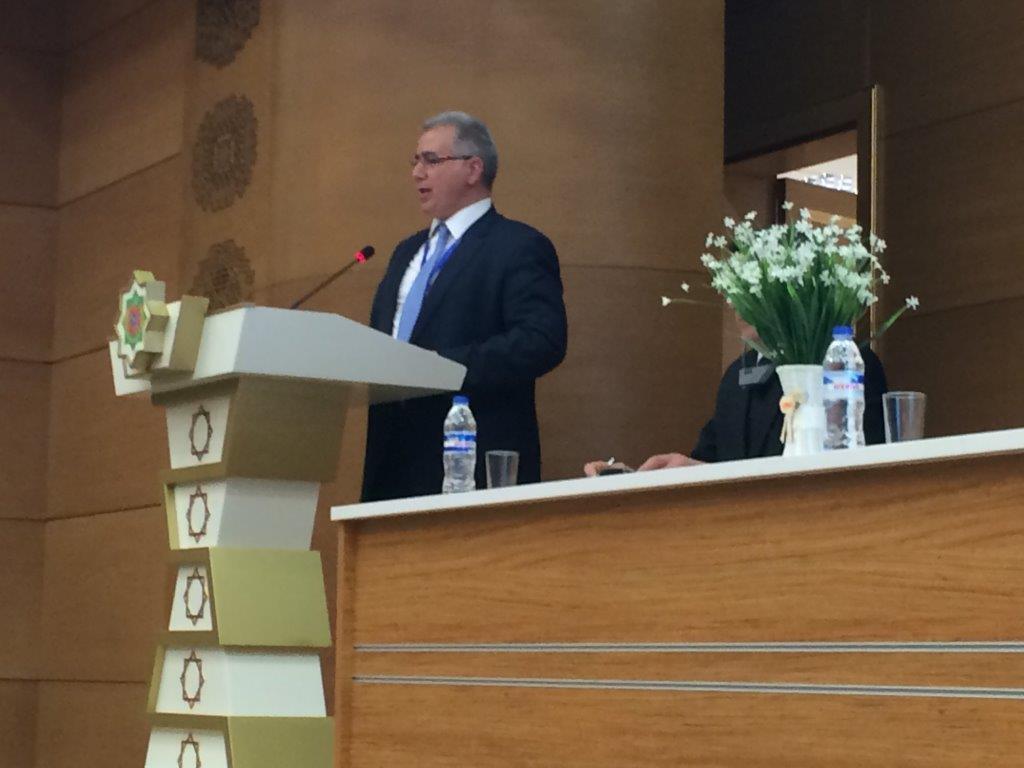 Nasser Nassiri was invited to the conference by the Chairman of the State Committee for Sport of Turkmenistan which were held in Ashgabat from 2-4 of April 2015.

During his speech, Mr. Nassiri informed the States Committee for Sport of Turkmenistan and participants about the WAKO goals and objectives for upcoming years and assured the warm collaboration for the best interest of organization of 2017 AIMAG.

The international conference aimed to highlighted the role of Turkmenistan in the development of international and professional sport, make improvement and strengthening of partnership between the world of sport, civil society and the communities involved in the development of sports as well as to promote the establishment of a common basis for interaction with the members states of Olympic Council of Asia and the pacific States and the countries of Oceania.


The International conference was the opportunity to discuss and progress on the preparation and determination of the further actions for the successful organization of the upcoming 5 th Asian Indoor & Martial Arts Games in 2017 in Ashgabat.

Many delegates from various National Olympic Committee around the World and leaders of International Sport Federations were present during the conference.

The various international Media reporter including CNN and its Sport presenter Amanda Davies took part in conference and reported the event.

CNN reporter Amanda Davies interviewed Mr. Nassiri during the conference. Mr. Nassiri confirmed during interview his positive feeling about the successful organization of conference and 2017 AIMAG and thanks CNN for their interest in Kickboxing Sport which become day after day more popular around the World.

Mr. Nassiri had also the opportunity during his visit to meet with the leaders of WAKO Turkmenistan Kickboxing Federation and discuss the development and program for the next two upcoming years.