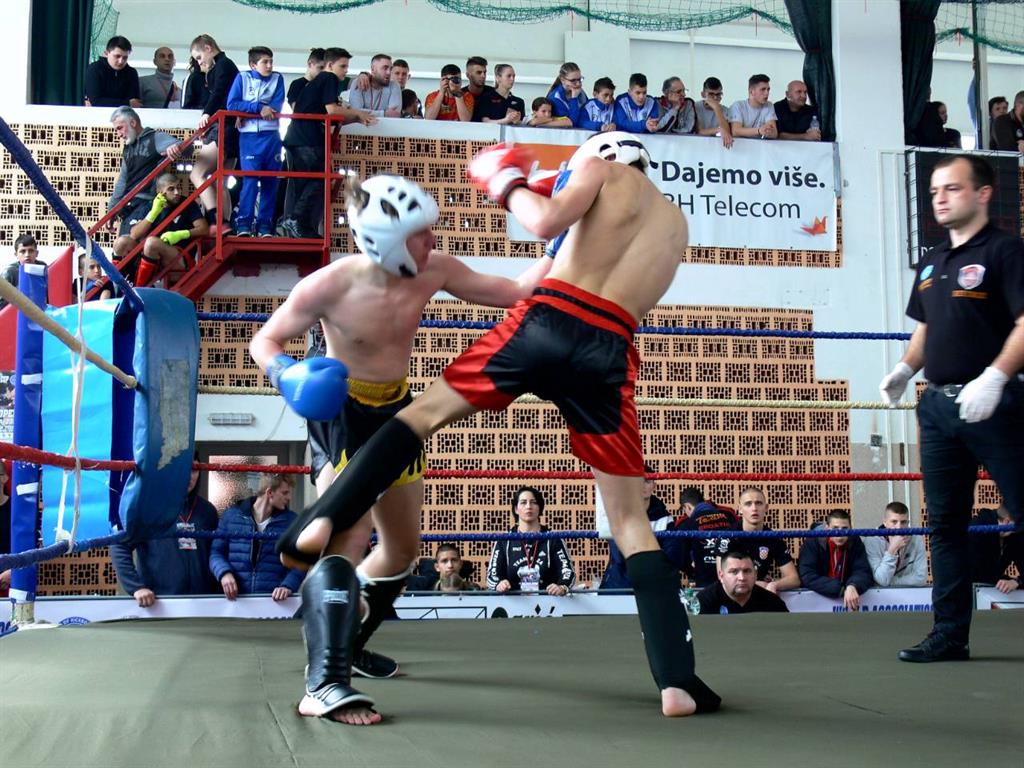 Balkan Open is a great WAKO event that has been already successfully organised 10 times.
The competition was held on 4 tatamis and 2 rings, surrounded by a sportive atmosphere.
The top level of the organisation demonstrated the growth – year after year – of this significative tournament.
The improvement involved every aspect, from sports, to competing, organisation and hospitality, thanks to the efforts of the promoter Alija Ogrić, and the commitent of the judges, who all made a great job. But of course, the protagonists of the show were the participants. Both female and male kickboxers showed high quality in their performances and presented all the beauty of sport to big crowd of spectators.
Balkan Open was attended by Vladimir Sitar, President of the WAKO Balkan Kickboxing Union, Romeo Deša the WAKO presidents advisor, Srdjan Bugarčić General Secretary of WAKO Europe, Dejan Mitrovski, President of Kickboxing Federation Makedonia, Tomislav Bilandžić, President of Kickboxing Federation Croatia, Dragutin Papović, President of Kickboxing Federation Bosnia and Hercegovina, by the Minister of economy of Zenica-Doboj Canton, the mayor of the town of Tešanj, and by Alija Ogrić, Vice President WAKO Balkan Kickboxing Union.
The Minister of economy of Zenica-Doboj Canton inaugurated the tournament.

The official results of the Balkan Open 2018 can be found on http://www.balkanopentesanj.com