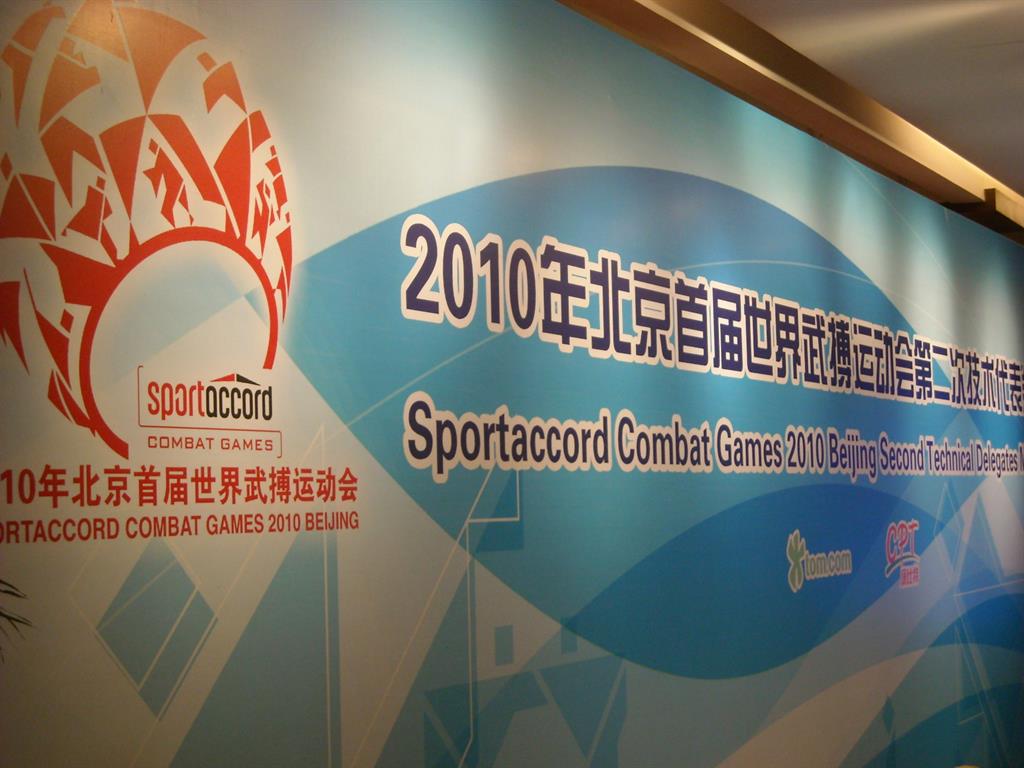 The planning of the Combat Games are on track when Sportaccord Delegates, the Local Organizing Committee (LOC) and the Technical Delegates from each International federation met in Beijing 29 and 30 April. The games that will be held in 3 arenas in Beijing 28. August to 4. September this year will include 13 combat sports. All technical details in each sports where cleared as well as the cultural programme , facilities and competition schedule . The Opening and Closing Ceremony are in a bid process soon to be concluded and. A new promotion video are released and will be found soon on YouTube. A media programme are produced and CCTV, the national Chinese TV company will produce all TV signal for the total Games.

The schedule for Kickboxing will be:

The Mascot of the Games are launched &rdash a Tiger. 2010 are the year of the Tiger in China and the explanation of the symbol is:

“ The mascot named Dong Dong, is created with the core elements of tiger and drum. 2010 is the Year of Tiger in China’s Lunar calendar. In the ancient China, warriors were used to be called Tiger Solider . Using tiger not only shows the time of the first Sportaccord Combat Games, but also displays the spirit of all competitors via the Chinese culture of Tiger Solider. The traditional percussion instrument Drum widely used in the ancient China in battlefields and festival celebrations played a part in encouragement and concert background. So, the drum in mascot design features the distinctive Chinese characteristics, couragement & head-on of competitors and the lively atmosphere of Sportaccord Combat Games.

The mascot with distinctive Chinese characteristics adopts the art of Chinese folk Cloth Tiger and the drum made in Shang dynasty featuring the square bottom and round drumhead. The square body of Dong Dong distinguishes its strong physics, the bright eyes and sliming faces shows its confidence, liveliness and vigor. The whole design presents the spiritual outlook of the host country China with optimistic and healthy national spirit as well as the continuation of the oriental spiritual connotation. ”

Registration and booking: Espen Lund will come back with precise information about all registration processes.