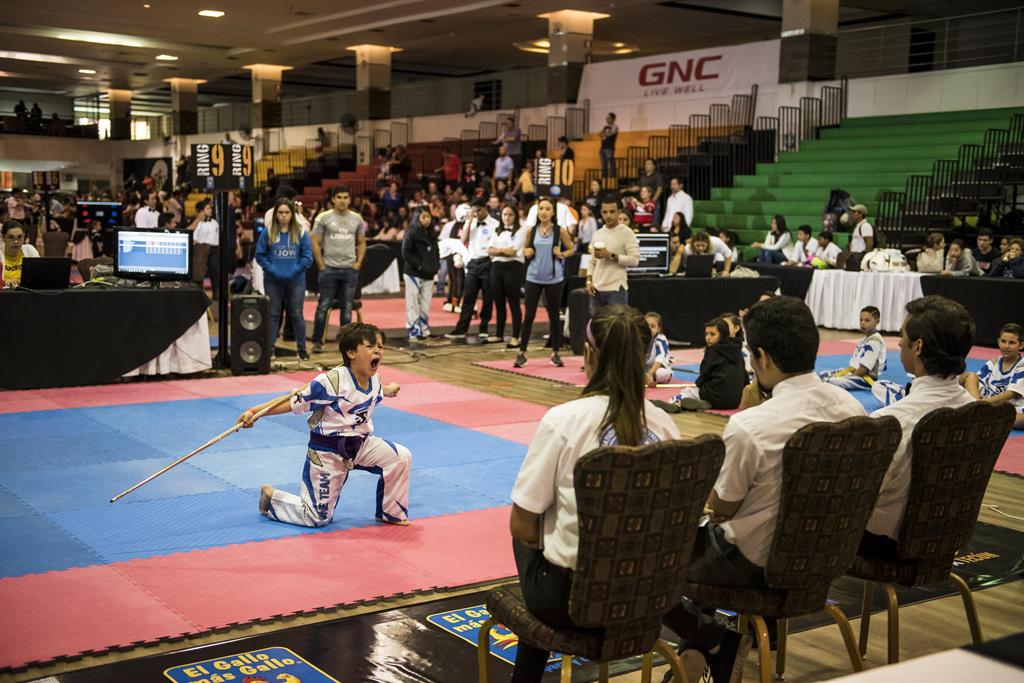 The COPA TECUN, a WAKO INTERNATIONAL CHAMPIONSHIP now in its 4th year, is growing all the time.
For the last 3 years I have been watching this tournament grow not just in size but in organisation and commitment, too. It has become a very prestigious tournament within Pan America. It was held in Guatemala City, in a beautiful Grand Hotel Tikal Futura Conference hall, with over 900 entries from Guatemala, Honduras, Mexico, America,
El Salvador.

The fights were very technical and fierce, with everyone wanting a beautiful COPA TECUN medal and trophy.
There were musical forms and traditional kata, Points fighting Light contact and kick Light; most divisions were well attended, and the referees had attended seminars for a full week, to be trained and taught the correct rules and how to apply them.
The referees are becoming more competent every year, and next year there will be more entrie,s more countries and of course, more experienced referees.
Thanks to Andres Garcia and his wife Marian, organizing and working very hard, this tournament has become an international event, with European fighters & forms competitors, so add it to your calendar for October 2019.

Take a look at the pics in the album!