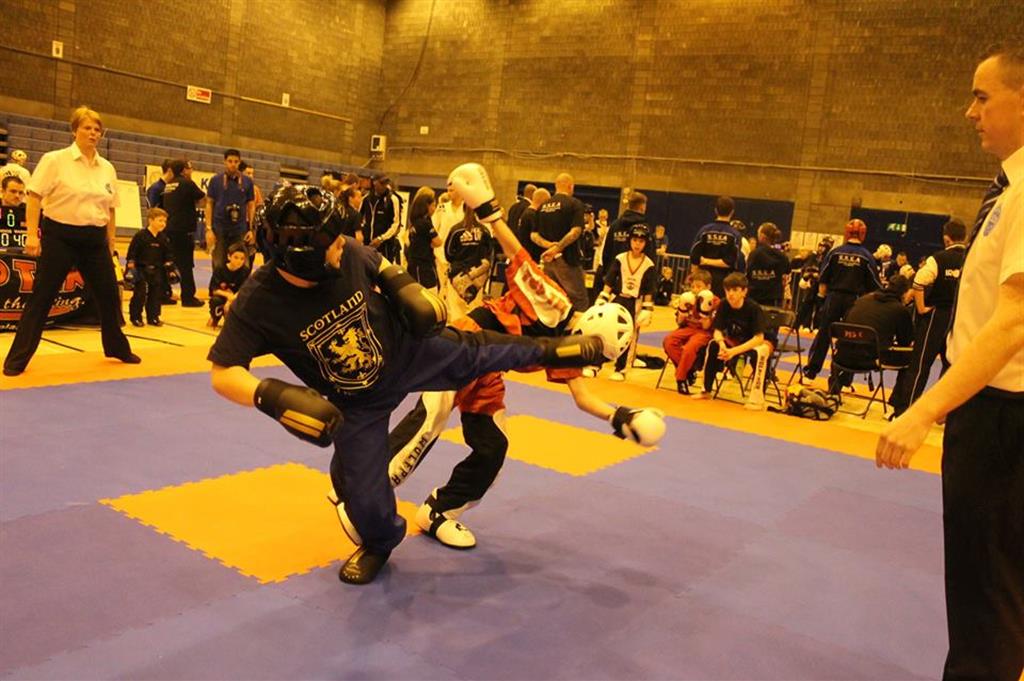 The inaugural Edinburgh Open took place today with over 700 entries from 8 countries providing some world class competition. The day started off with one minutes applause for Jack Morley who passed away last week and will be missed by everyone that knew him.

The competition started off with the team event consisting of 8 teams of 4 men and 1 woman. Team Adidas had enough to field 2 teams and both of them made it to the final with their first team winning. Jacey Cashman, Stevie Parker, David Firth and Chris Aston made up the team.

The ladies grand champion division was next up and some big names like Elaine Small, Shannon Ryan, Gaynor Morgan took to the tatami but it was Bev Sturzaker and Ina Grindheim in the final with Sturzaker winning.

The men’s grand champion division was next up and again it was full of world class competition, Chris Aston and David Firth, both of Team Adidas UK were in the final and Chris Aston took the title and the Edinburgh Open Grand Champion Sword as well as €200 prize money.

With 5 tatamis running all day, the junior divisions were crammed full of up and coming talent in both light contact continuous and point fighting styles.

The advanced adults finished up what was a very successful first edition of this tournament and a great new addition to the WAKO calendar. Dates for next year have already been announced so make sure to keep the 3rd of May free next year so you can be part of the action in what will surely be a bigger and better event. For a full list of results go to www.edinburghopen.com and as usual go to www.brannmanndan for the videos.

Congratulations to Kevin Baldwin, Natasha Walker and everyone in WAKO GB that helped make this tournament a success.