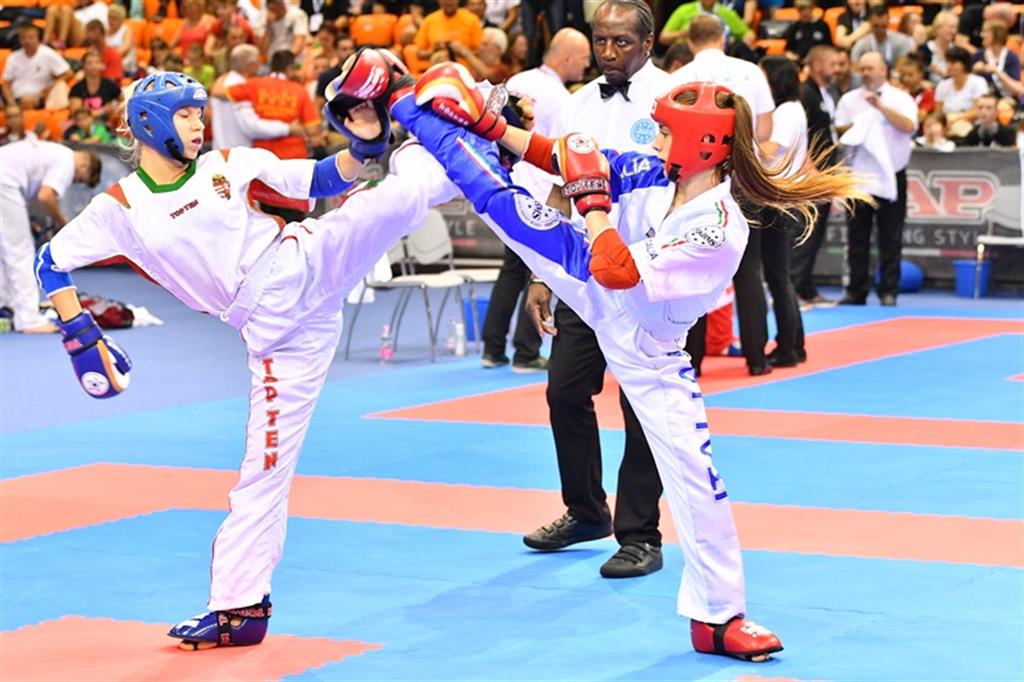 WAKO has concluded one more massive and successful championship.

European championship for Children, Cadets and Juniors, held from 24th August to 1st September 2019 in Hungary, Gyor, was a fantastic experience for all participants as well as officials. What a week it was. Six full days of competitions and the level of the athletes continues to grow.

The event was held in Audi Aréna Győr, that was built for the 2014 European Women’s Handball Championship and it’s brand new. The hall was prepared with three rings and 8 tatamis, the everyday schedule began at 10 and finished late afternoon. Besides everyday challenges, organizers’ commitment to continued improvement for a better kickboxing sport event was for the respect.

1991 participants from 39 European countries was really a success.

Before competition started, there was the European Board of Directors meeting chared by WAKO Europe act. President Istvan Kiraly and very important issues were disscussed about. The focus is on 2020 qualifying championships for The World Games 2021 as well as participation at EUSA event 2020 in Belgrade.

New chairman of the WAKO Medical Committee Dr. Massimiliano Bianco from Italy was appointed at the meeting and during the championships. He already had the opportunity to get along with WAKO medical procedures on the spot.

With the participating 249 fighters from the host country Hungary, the numbers are followed by Russia with 216, Ireland with 148, Italy with 140, Greece with 122, Poland 154 and Croatia 87. These numbers are fascinating and are the proof of a brighter WAKO future.

The most numerous category was LC older cadets male -52 kg with 24 registred fighters.

Starting from this year, children (7,8,9 years old) are allowed to participate on WAKO Championships in point fighting.
According to the total statistics, (all disciplines), the first place and the most successful WAKO member is Russian Federation, followed by Hungary and Italy.