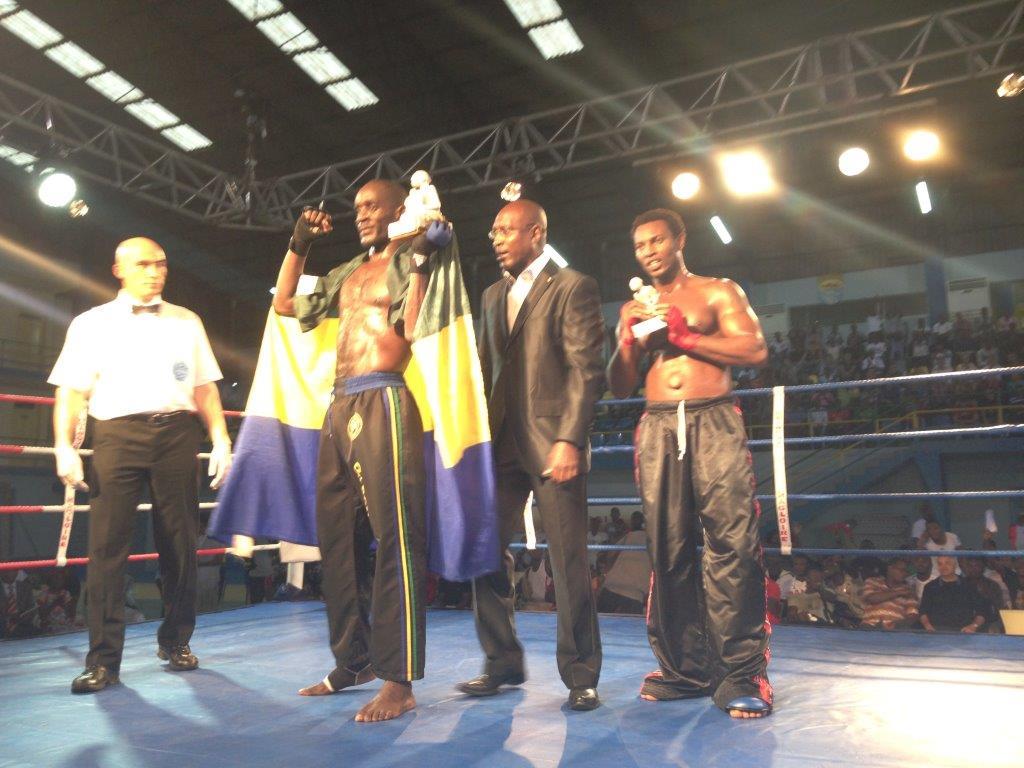 On 9 June 2013, it has ended with great success the 1 st edition of Liberville International organized by Gabon Kickboxing Federation.

Bekalé together with Nassiri, the two business men could brought together with their knowledge and experiences 17 countries and more than 150 athletes for the event which was held during three days in tow styles of Full Contact and Low Kick in the military sport hall of Prytanee of Libreville which was well protected with high security equipment.

The high level athletes came from the different countries of five continents of the world were present including, Jordanian, Iranian, Korean and Turkish.

Nassiri and Bekalé did the great job having the most high ranked referees and judges for the competition. The referee from Korea, Hungary, Italy and Canada were among these referee.

The night of final (9 June 2013) was continued with three professional WAKO PRO fights, with three WAKO PRO belts; with one WAKO Intercontinental PRO title -64 kg Full Contact between Italian Di Cuia Giussepe (holder of tile) and Matesso Yannik from Gabon national team who was challenging the title. Great fight of 10 rounds of 2 minutes in full contact which was ended to TKO of Gabon fighter in round 7. Italian Ambassador was in the sport hall and he didn’t hesitate to enter to the ring to congratulate the athlete of his country.

The first one -67 kg between the Champion Facson Perrine from Mauricio Island and Assoumou Anguy which ended to disqualification of Assoumou Anguy for refusal to compete and various faults.

The last fight which we can considerate as being the most attended fight was in Low Kick -68Kg for World between Husnu SARI from Turky and IBINGA DROPSY from Gabon. An excellent fight in 5 round of 2 minutes where Ibinga Dropsy made an excellent presentation which was not enough to stop Husnu Sari who was more experienced to bring the title home by winningthe fight by points.

The event was broadcasting in direct by national TV and various African national TV.

Nasser Nassiri, WAKO Vice President in charge of both International Libreville and WAKO Pro events declared: Together with Eric Ella Bekalé President of Gabon Kickboxing Federation, we worked hard for this prestigious event for more than 6 months. I would also like to thank you all people involved in the organization including Eric staffs at his Federation.

Nasser Nassiri added: On behalf of WAKO, I would also like to thank you the Gabon sport authorities and Gabon National Olympic and its president for their hospitality.