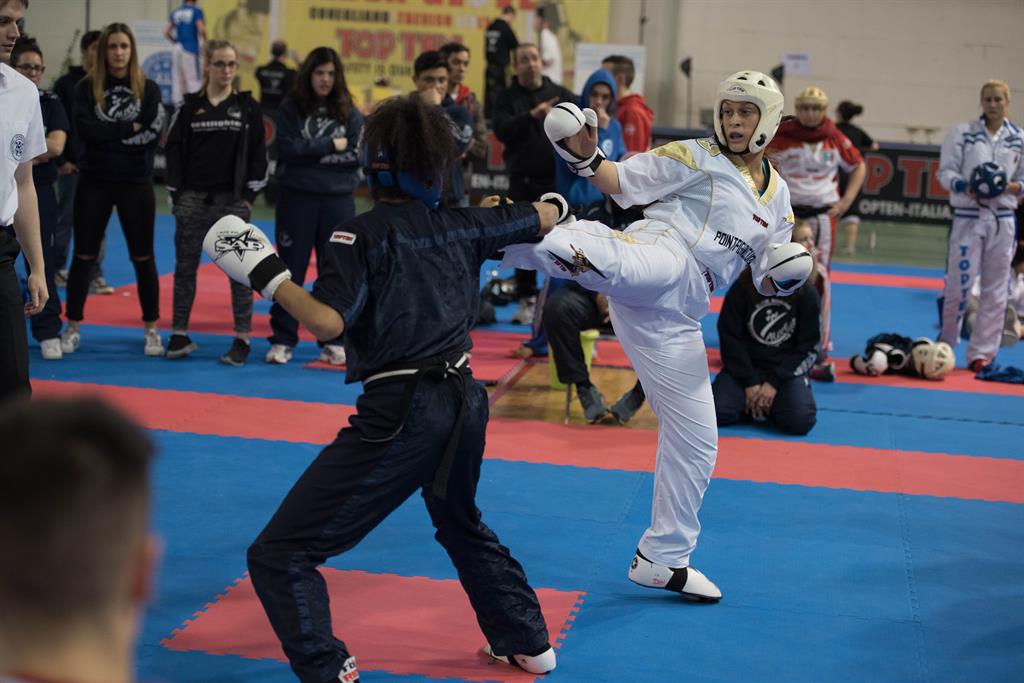 It’s been a few days since the end of the Golden Glove and we can say that it was really a beautiful competition that took place in an atmosphere of friendship and sportiveness that few other international events are able to offer.
An impeccable building set up with 8 tatamis and a giant screen that projected images of previous editions, was the stage that saw numerous competing athletes (about 900 members) of which half foreigners coming from over 18 countries: Austria, Belgium, Holland, England, Czech Republic, France, Greece, Germany, Slovenia, Croatia, Bulgaria, Hungary, Liechstein, Serbia.
Special thanks for the success of the organization goes to those who designed and created the event in person, Luca Terrin, President of the Veneto Regione FIKBMS EuropcenterOne Camponogara, the National Board Member of WAKO ITALY, Raffaele Di Paolo, Club ASD Euro Kickboxing of Nicola Traina (member of the organizing committee WAKO) and Oriano De Bei (Italian member of WAKO ITALY referee committee).
The Golden Glove has been entitled as WAKO EUROPE CUP, total prize money amounted to 8,000 Euro and sponsorship was given by the global brand TOP TEN, which provideda pair of gloves for free to all winners, depending on the specialty.
The managing software system was SPORTDATA, among the staff for it also the brothers Alex and Jhon Engelhardt from WAKO Netherland. SPORTDATA allowed to display in real time on the web boards, results, awards and live streaming. This technology truly represents the future in the tatami sports.
The two-day race began with two beautiful seminars held respectively by the team of Master Istvan Kiraly for point fighing and Manuel Nordio and Ivan Sciolla for the light contact, which was attended by about thirty athletes each. Saturday all categories of light and kick light took place, tag team of light and point fighing as well: the Kiraly team dominated the 5 competitions of teams taking home 2,500 Euros while in the individual disciplines Italians have achieved great results.
Sunday was devoted entirely to the point fighting, discipline with greater numbers and ended with the grand champion male and female: to emphasize the stunning final to cardio palm of open female between Martina Rossi and Hungarian Henrietta Nagy with the victory of roman fighter.
Another thanks can only go first to the staff who, with his excellent work has enabled the smooth running of the competition and the referees with their commitment and passion to ensure high WAKO professionalism doing their job.

For all official results of Golden Glove 2016: https://www.sportdata.org/kickboxing/set-online/popup_main.php?popup_action=results&vernr=131&active_menu=calendar