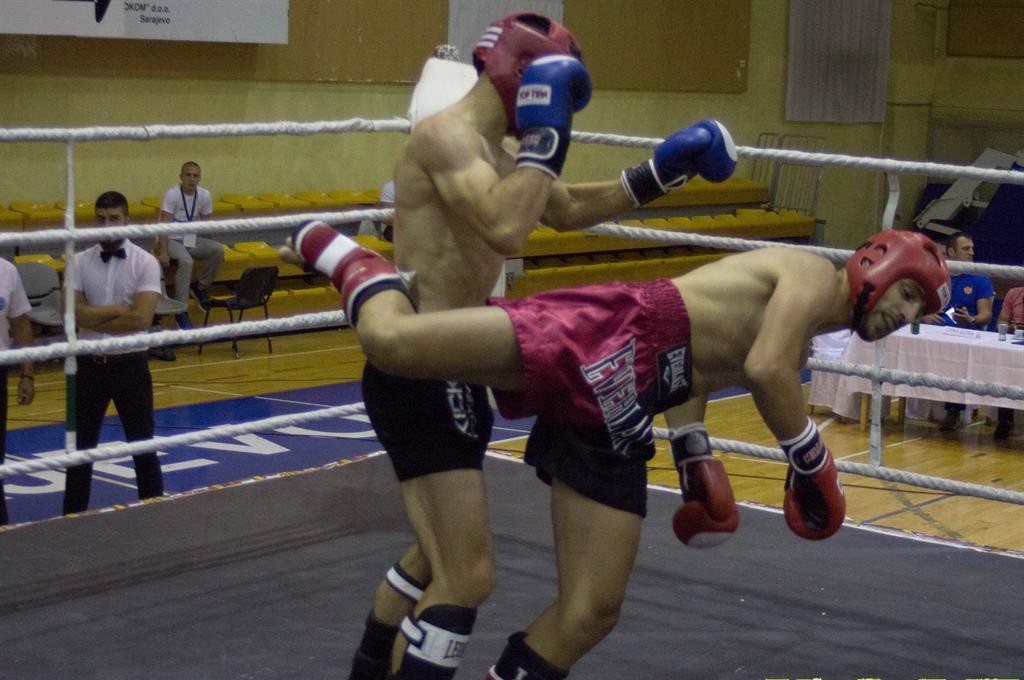 The 14th WAKO Balkan kickboxing championship (June 22-24th, 2018) was a sport summit of 8 Balkan countries, gathered to make a fantastic kickboxing championships and to strengthen their mutual relations.
The organizers, the Kickboxing association of Bosnia and Herzegovina and the Kickboxing club “Gazija”, proved once again to be masters of hospitality.
All WAKO standards were fulfilled; thanks to the representatives; the general secretary of the Bosnian Kickboxing association, Mr. Muhamed Šabanovid, all the participants were welcomed and satisfied.

The competition registered 210 athletes, competing in Low kick and Kick light, in junior and senior divisions.
Supervisor of the competition was Mr. Srdjan Bugarcic, WAKO Organizing Committee member and WAKO Europe Secretar;, director of the event was Mr. Petar Petrovic, WAKO Balkan director; the conference was in charge of Mr. Romeo Deša, WAKO Organizing Committee member; the supreme controller of judges and referees was Mr. Nedjo Bratid.
The WAKO Europe President Mr. Roy Baker was present at the opening ceremony, welcoming all the participants, and wishing them good fights and fair play; Mr. Vladimir Sitar, WAKO Balkan President, opened the competition.
The championship showed high level of fights, especially among juniors. Not surprisingly but for sure for all praise, the juniors showed fantastic kickboxing skills and passion for fights. Very much worth mentioning were fantastic junior fighters from Macedonia.