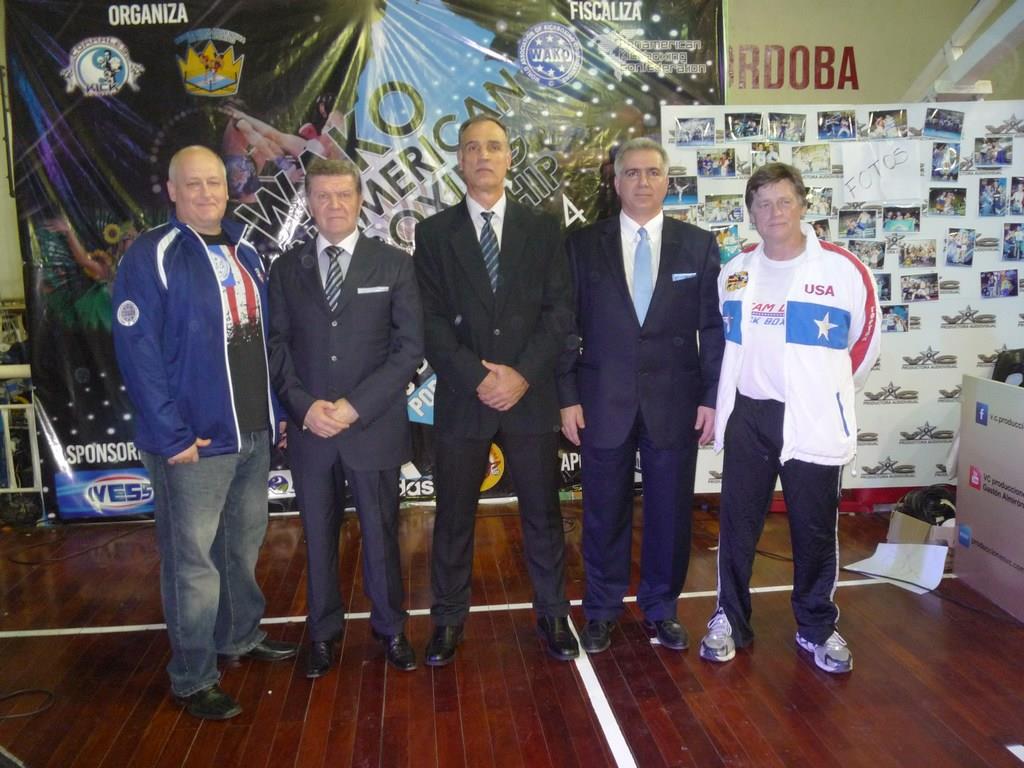 In the picture Mr. Borislav Pelevic with referees on the seminar

Every day before the fights started, they had short briefing for all referees.

In agreement with Acting Chairman of WAKO referee Committee Mr. Vadim Ukraintsev, after the competition Mr. Borislav Pelevic announced four referees for international referee C class ( two from Brasil, one from Argentina and one from USA) and referee from Canada Jacqueline Walters now is B class.

Competition was great organized, there were 450 participants, from nine countries. Quality of fights was very good, and fighters from Latin America are on the same quality range as European fighters.

Most of medals and the best country on competition was Brazil, second and third place were Chile and Argentina.

On Pan Am Gen.Assembly there were members from 9 countries + two proxy. Totally, eleven.There were few amendments on Statute adopted and bylaws were adopted too. New elected President is Paulo Zorello.

On Gen. Assembly were present Mr. Borislav Pelevic and Mr. Nasser Nassiri. President Paulo Zorello thanked them for their dedicated work and support.

New Board of Directors were elected too, now PAN AM has two Board members from USA: Mr. Chip Post and Mr. Rob Zbilski.Thanks to vise decisions of Mr. Paulo Zorello, the leaders of two American federations made large and historical step for uniting two groups in one American WAKO kickboxing federation.

Dispite very high temperature which made conditions in the sport hall almost impossible for competition, quality of fights was very good, fighters were strong and dedicated.