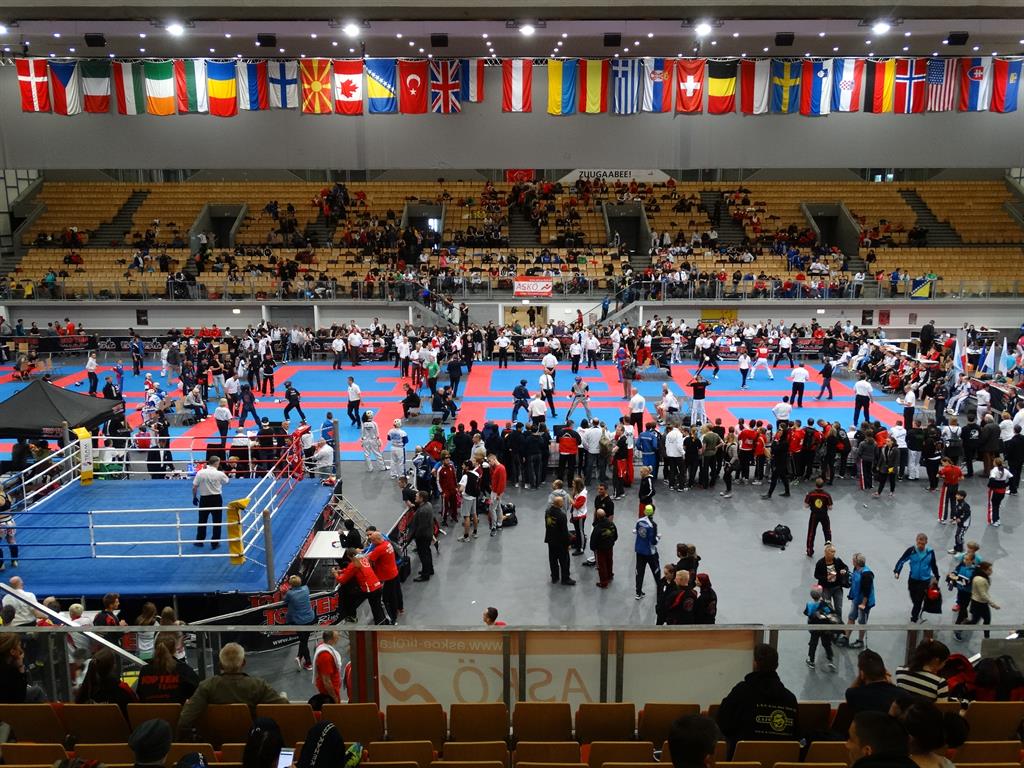 We started to organize this Championship 19 year ago, and from about 200 competitors then, we are proud of the today’s number of 2 .218 competitors from 31 countries .
We are growing and improving every year. We changed two towns in finding the best place to have this tournament, so we ended up in this beautiful city Innsbruck at the Olympics sports hall which is great for us. When we came to Innsbruck it was the big step for us because so many international competitors came over. The last three-four years, each year we had the new record in number of participants which is the best proof that we are doing a great job.

Austrian Classics is the second biggest WAKO tournament. We are proud of that, especially me, because my brother Michael and his team are working very hard on this. They are together in organizing this tournament more than seven years; they know every secret about how to make a big and good competition.

Participating countries are all around the world. We have here today Canada, USA, many European countries with their national teams, but I must say that I am very sorry that some countries from Asia did not get the visas. For example, we had a problem with Tajikistan: they were here last year, but this year they didn’t get visa.

We have on tournament almost all WAKO disciplines because we are sure that if you are doing the WAKO World Cup, you should have all disciplines. Personally, I don’t have anything against musical forms but only this WAKO discipline we don’t have on World Cup. We started with K1 and kick light three years ago and every year we have more and more competitors in these disciplines. We have here eleven tatamis and two rings. To handle that is not so easy. You need a lot of referees, good referees and it is not easy to find them and bring them to the tournament. People have their personal agendas and it is not so easy to find free time at this part of year to spend three days out of work. Sometimes you should involve B class referees, according to their need for experience.

In general, people like our tournament because, as you know, kickboxing is the big family and we like to meet each other on big tournaments.

This year was special for Austrian team because after 19 years this is the first time we have the Great champion Roman Brundl, excellent fighter and we are really proud of him. He won all the best world fighters this year and this makes him the owner of the Great Champion trophy.

Photo no. 3: Michael Kruckenhouser, one of the main organizers of World Cup Austrian Classics